Do you know what SLR photography is? Here is a guide about it!

In this post you will discover what are SLR photos and how they evolved from their old form to nowadays modern digital photos taken with Digital SLR cameras, a.k.a. DSLRs.

You will also see what are the benefits of DSLR cameras and what differs them from other cameras such as mirrorless and compact cameras.

Plus, we’ll compare the benefits of DSLRs and other camera types, so you can finish this reading with your ideal camera in mind for your future photoshoots!

Let’s see what is SLR photography. 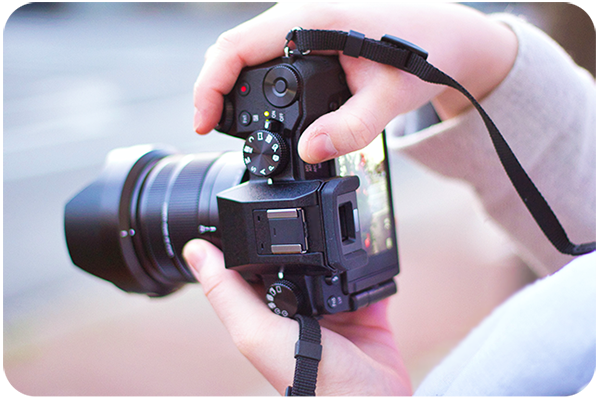 SLR photography in a nutshell

“SLR” means Single Lens Reflex which refers to the way photos were shot with SLR cameras.

Before digital photography started, old SLR cameras had an internal reflex mirror and prism system that would bend the light path to the optical viewfinder for framing the shooting image.

This allowed photographers to preview through the SLR camera lens the exact image that was being captured, which was a major evolution of old times photography. 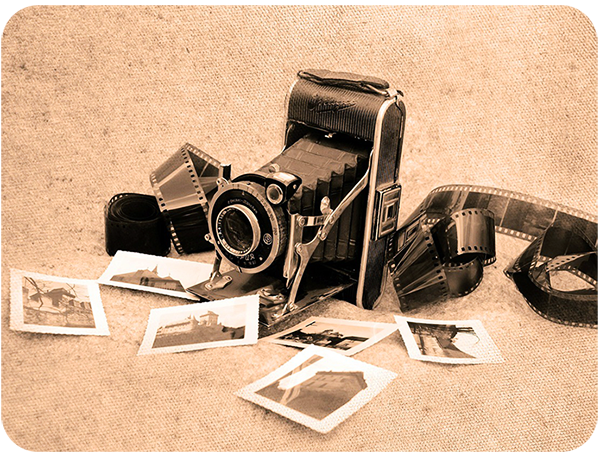 That caused a serious problem: the resulting photos were different from the viewing image of the shooting scene.

It’s just as if you would take a selfie smiling, then you would stop smiling because the photo is “ready”, and when you check it up it’s your serious face with no smile that was shot by your phone’s camera, and that would happen a lot!

So you would never be sure of what image you were really shooting. What you saw as not what you got as a photo!

No camera could solve this issue back to them.

Then, SLR cameras were invented. 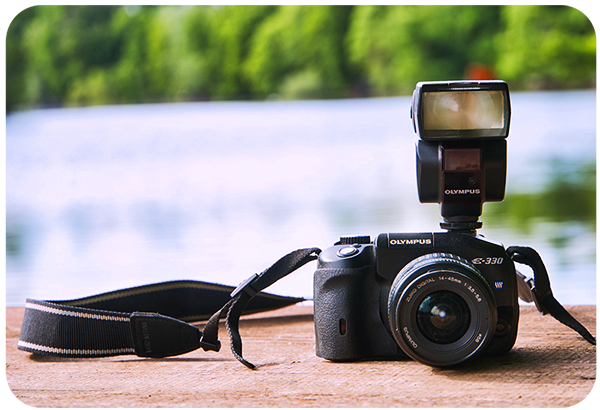 From there on, with the reflex mirror and a single optical path, photographers could preview the final photo during the shooting process. So, no more disappointing surprises!

With the arrival of the digital world, SLR cameras evolved to Digital SLR cameras, the so-called DSLRs. The idea behind them is the same, now with fully digital storage and functionalities.

Let’s see how they work.

The new tech era brought up the Digital SLRs or simply DSLRs. They also use Single Lens Reflex to capture images, the main difference is that it’s all processed digitally with an image sensor. 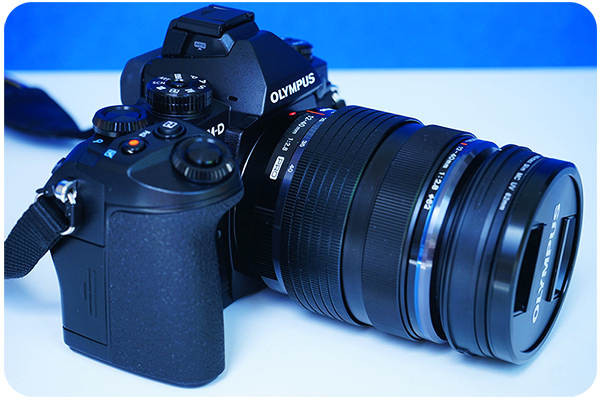 So, instead of keeping the photos in film rolls as classic SLR did, DSLRs can store thousands of photos and videos with their image sensor tech combined with memory cards. Cool, right?!

Now let’s see what are the advantages of using DSLR cameras.

DSLR cameras grew popular through the years 2000, and nowadays they’re used by many photography enthusiasts, photography beginners and professional photographers.

There are many reasons why you should invest in a DSLR camera: 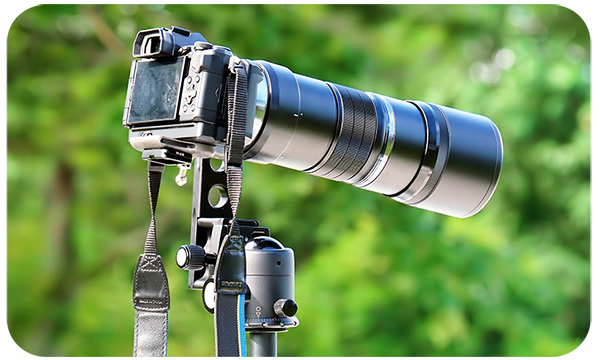 Now you know it: DSLR cameras are a great investment, even for beginner photographers!

Mirrorless cameras and how they differ from DSLRs

Mirrorless cameras have an electronic viewfinder (or EVF). That differs from DSLR optical viewfinder (or OVF) that works mechanically and not digitally. 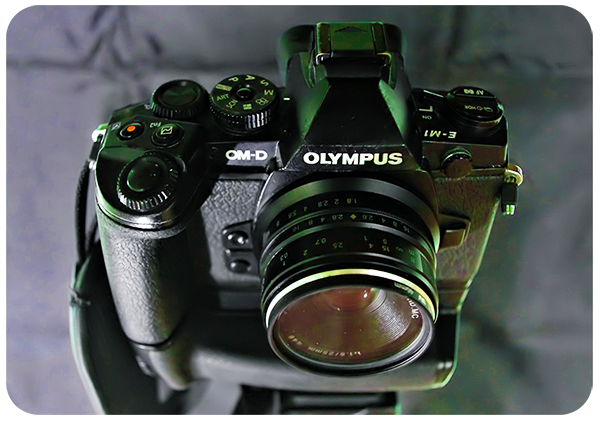 Just remember that with both cameras you will put your eye onto the viewfinder and visualize the preview of the photo about to be taken.

There are some cases in which you might actually prefer using a mirrorless camera.

The benefits of mirrorless cameras

You can benefit from using mirrorless cameras in many ways depending on the occasion you’re photoshooting: 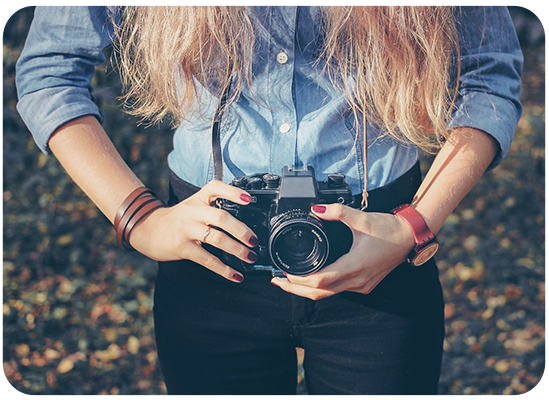 There’s one more camera type you should know about because it gets compared to DSLRs very often: the point-and-shoot cameras.

They shoot with automatic systems so you simply “point and shoot” and let the camera do the whole focus and light exposure job for you. Cool, right?!

Just keep in mind that P&S compact cameras have a somewhat small image sensor. But that doesn’t stop them from delivering great image quality in high definition! 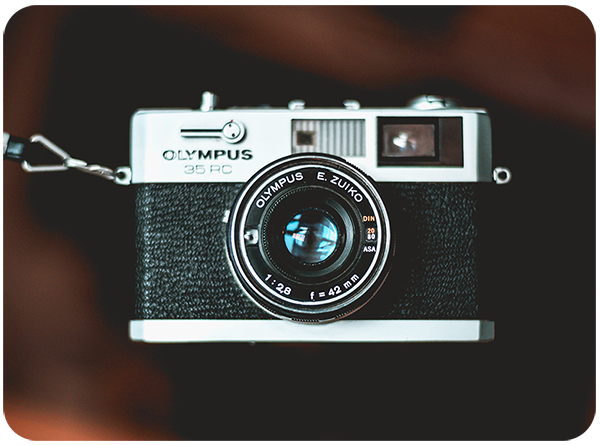 Compact cameras are great for photos you take on-the-go and in daily life, and also for quick photos that don’t demand many adjustments.

But they’re not the best option for certain photo styles that require more details, such as wildlife and landscape photography. Also, if your aim is to record videos, you’re better off with a DSLR or a mirrorless camera that delivers higher quality footage.

Don’t give up on compact cameras though!

They’re great to take with you on vacation and trips as a backup camera. If all your DSLR/mirrorless camera memory cards are filled up, a compact camera can come at your rescue!

Conclusion: try them all and choose your favorite!

Now you know what is SLR photography, what DSLR cameras are and how they differ from mirrorless cameras and point-and-shoot compact cameras.

You also know what’s the best one for different occasions.

So, how to choose one?

There’s no better way to test a camera than using it yourself! Also, it’s cool to have one camera of each type to compare them in practice. Then you can decide which one you prefer and even start your personal camera collection if you’re a photography enthusiast!

So don’t hesitate to test those camera types to see what you get!