Are you a beginner in video editing or are you curious about this area of knowledge?

Did you know that there are simple things you can do to improve your video editing workflow a lot, even if you’re an advanced video editor?

A person who edits videos is someone who selects, joins, cuts and organizes the scenes of a video in the way that they want or a client wants, and also according to the information that they want to communicate to the video viewers. A video editor (the person, not the software) must have carefully watched the footage that will be worked on, a video editor has to be able to tell a story in the video through in an eye-catching way. 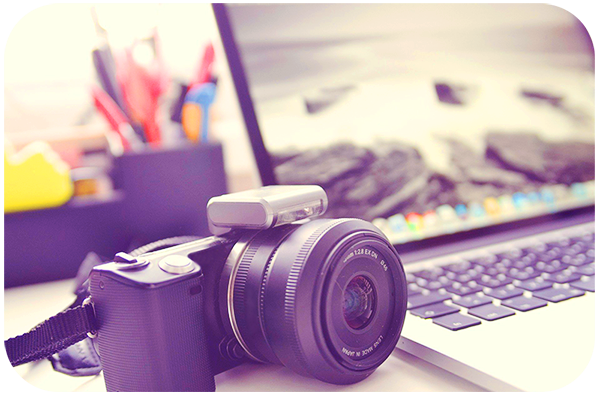 To be qualified in this area, it is not exactly necessary to get a degree in a course such as graduation in Cinema or Audiovisual Production. The most important thing you need to do is learn how to use a Video Editing Software.

In addition, it’s good to be familiar with cameras and image processing to get a good workflow. If you are starting in video editing or even if you’re an experienced video editor, in this post discover which are the most common mistakes made by video editors to avoid them from the beginning.

Plan and Organize Your Video Before You Start Editing

When you don’t plan your video in the beginning, a lot of mistakes can happen through the editing process. That’s because sometimes the final result is not what you imagined, which causes a lot of re-editing.

Also, if you don’t plan your video first, important details of your production can have errors that are only noticed after you’ve already rendered your video. So you need to “build” your video in your mind before you start editing. You can write a checklist and follow it through to avoid forgetting about details when you’re editing.

One more thing you can do is to separate all the media files within your own editing software, use color resources to categorize files and rename the files to group them. The organization is fundamental for those who work with video editing, this is important because after your video is ready and you’re working for a client, in case they request any changes, you will know where to go to change your project.

Another thing you can do is separate the raw files in a folder: organize all music tracks, sound effects, images and everything else that will be used in your video into a folder in your computer. 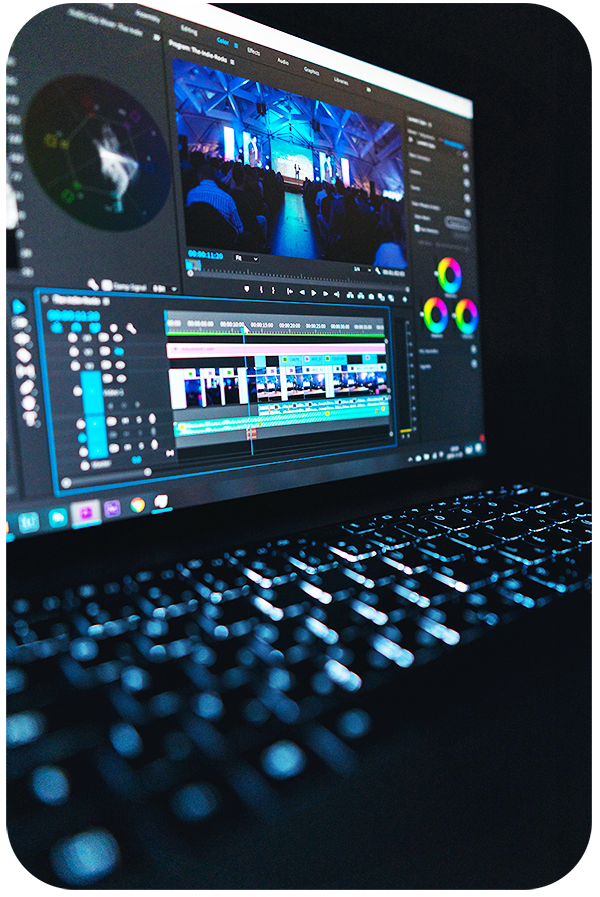 When you organize your material before starting to develop your project, you save a lot of time in your editing work.

These are some bad habits that you need to avoid when you’re editing your videos:

Forgetting to Save and Backup Your Project

Procrastinating to Edit Your Video

Procrastination is delaying a task or leaving it to be done “at the last minute”. That is a terrible practice for video editing. In short, don’t waste your time. If you have a deadline of 10 days to deliver a job, be sure to start on the 5th day. When you run out of time and have deadlines to comply with, you will have to do things quickly because your delivery time has been shortened. This is a big problem because haste is the enemy of concentration and you can lose very important details that are being left out in your project. So, never procrastinate.

Not Paying Attention to Details

The lack of attention while you’re editing is something that you need to avoid at all costs and always focus while you’re editing. A video editor has to be very attentive to details because basic mistakes often go unnoticed if you edit your videos in a “sloppy” way. For example, if you miss out text typos and add transitions between video clips incorrectly, those two simple mistakes will require you to re-edit your video and re-render the entire project.

Worrying Too Much About “Micro Details”

Even though it’s important to pay attention to details, an excess of perfectionism can add elements to your production that will not make any difference and that will not be perceived by the viewer. You should be concerned with the quality of your video but be careful not to worry too much about unnecessary details that will take a lot of your time.

Worrying about the design of your video and developing your aesthetic sense is very important because it makes all the difference in the quality of your videos. Search for materials about video design. In case you record videos before you edit them, study the aesthetics of the environment where your videos are recorded.

Adding Too Many Effects to Your Video

Avoid what is unnecessary in your edition and don’t exceed the number of special effects, that can be very distracting to the viewers and they can miss out the main message of your video. 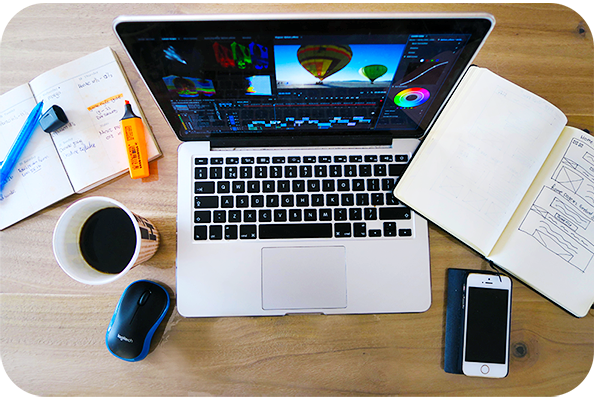 Work on the Production of Your Video

If you produce your videos (recording them) before you edit them, there are a few things you can do to shoot better videos and save tons of editing time! Even if you’re not responsible for the production phase, it’s good to know the tips ahead because you can be prepared for whenever you need to record a video before you edit it. Let’s see the details:

Write a Script or Create a Storyboard

You need to think about the final result before you start recording your video. For this, it is very important to write a production script (this can be done digitally) with all the planning of how the video will be recorded, you can even make a storyboard for your video (this can also be done digitally), which is a sequence of illustrations or images that work as a preview and as an overview of your video.

Work on the Video Lighting

Always pay attention to the lighting of the place where you’re recording your video, you have to know how your camera reacts to different levels of light. If necessary, use natural light as well as lighting accessories, such as LED Light Rings or other types of artificial light for video production.

This feature is also very important when you’re making videos, cameras with automatic focus a.k.a. “autofocus” is not recommended because the focus starts to “escape” during the recording as the camera loses the target object and focuses on the wrong spot, which results in blurry footage. You end up losing the video. So it’s better to work with a camera that allows you to adjust the focus manually. You must pay the utmost attention to giving focus throughout the recording period. 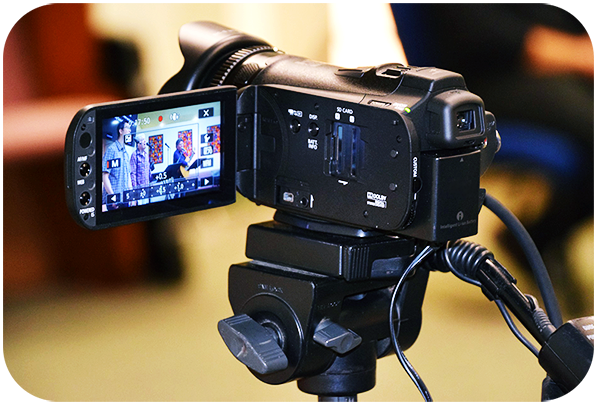 The audio (music and sound effects) corresponds to 50% of the quality of your final video. In many cases, the audio is more important than the footage because it is through the sound effects or music that the information will be communicated to your video viewers, and it’s also the sound effects and music that hold the viewer’s attention.

In case you’re responsible for recording your videos (the production phase), there is something that you need to avoid doing: ignore problems in the video lighting and in the video focus because these details can be resolved in editing. The truth is that there is an editing limit in video editing software and some lighting or focus issues can’t be corrected with post-production.

A dark video, for example, will result in a very bad quality if you increase its brightness too much (or even just a little) on an editing software. In videos with overexposed scenes with a lot of light, you can use the brightness correction plugins, but if you go beyond the White Balance limits you will lose the quality of the entire scene.

Also, if you don’t have the equipment to stabilize your camera when you’re recording, you can use a stabilizing tool within your editing software to stabilize your video. But if you try to correct a very shaky video with an editing software, you risk getting video images with a “gelatinous” texture in addition to losing a lot of image space because the stabilizing tool of your software usually cuts off parts of the video to recreate the camera movement.

When you know that you will have to stabilize the video after recording it, you should record it with a more open shot, more distant from the focus subject/object of your shooting scene. This way, you will have more space to apply the stabilizer effect. 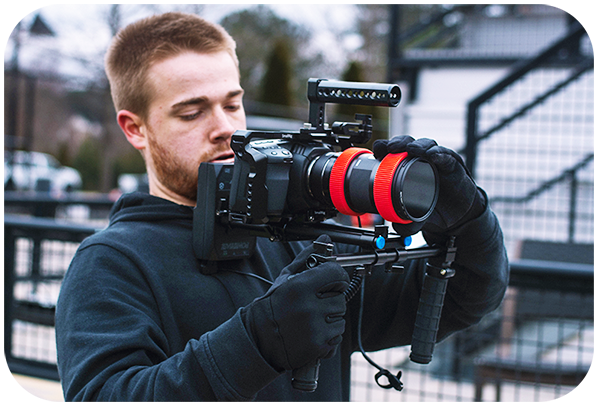 Also, make sure the color balance on your camera is properly set up to avoid recording videos with very blue or orange tones.

Great! Now you are ready to edit videos with a much better workflow, you also know how to record your videos with better quality to save editing time. So don’t hesitate to put what you’ve learned into practice!