If you like photography and like to search for different angles for your photos, have you ever thought about the possibilities of incredible photos taken by drones?

Drones have advanced technology and are capable of taking aerial photos like no camera!

The introduction of this equipment in the market brought better possibilities for shooting aerial images for personal use (like sharing on social media), but also for entertainment use and for professional photography of administrative and commercial business.

With a drone, you can shoot aerial photos that were not accessible to people before, and were only possible with aircraft vehicles (like airplanes and helicopters). Drones are available for sale in the consumer markets, which means you can buy one for yourself and use it to take photos. 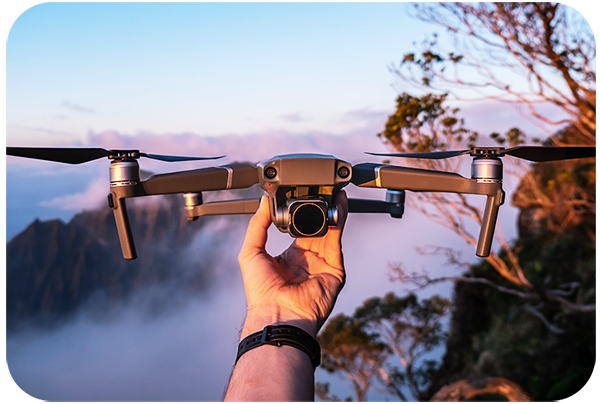 Talking a little about the evolution of drones

Let’s call Unmanned Aerial Vehicles of UAVs from now on.

The tech development of drones

The idea of creating UAVs was born in 1898 when Nikola Tesla developed the first radio-controlled boat, the ancestor of the drones. 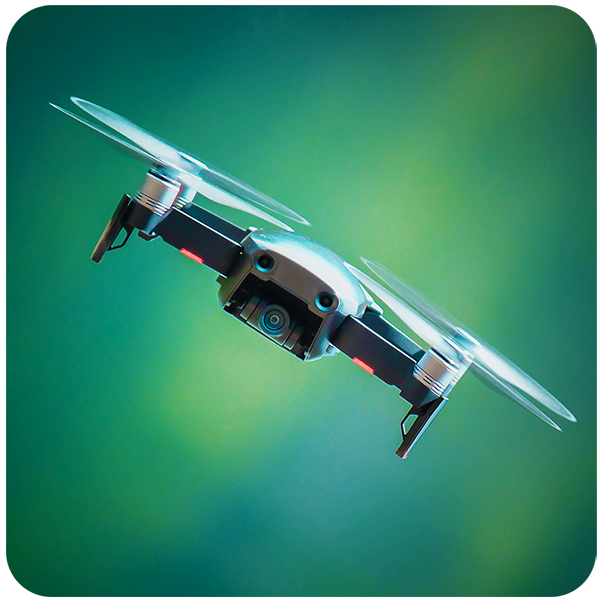 In 1960, with technological evolution, transistors had their radio components miniaturized, allowing RC airplanes to be airborne by remote controls. At the same time, those UAVs became available for consumption.

When drones evolved to the point of being capable of shooting photos and videos, that caused some concern in terms of what rules and regulations have to be followed to operate a drone in safety.

In the United States, for example, the Federal Aviation Administration of the United States (FAA) created the rules and regulations of what to do and what not to do when you operate a drone in the U.S., the final rules for Drones/Unmanned Aircraft Systems (UAS) were announced on December 2020 by the FAA.

So don’t forget to search about the rules and regulations to operate a drone in your country to make sure you’re using it correctly!

Drones offer a lot of benefits for taking great photos! Let’s see them in detail.

Drones offer different angles for creating photos and exploring scenes that were inaccessible. The aerial view of an event made with a drone, for example, results in incredible photos with a complete picture of the place! To capture landscape images, drones offer a new model of photography with new shapes and symmetries (balance) that would be impossible to be seen from ground level.

Low interference in the photo environment

A drone, due to its size, can enter areas with wildlife life (in forests, for example), all quietly without disturbing the animals in their natural habitats, without interfering in the environment and without scaring the animals. Also, drones can take pictures of small animals in rich detail, such as birds.

Use for many commercial purposes

Drone photography can be used for different commercial purposes. Construction companies, for example, have this technology as an efficient tool in capturing images for construction planning, documenting the construction process and identifying problems.

In georeferencing, drone photography is widely used for mapping areas because it saves time. Also, drones stability is great for taking georeferencing photos, which makes them different from helicopters that usually require the same photo to be taken over and over again.

In entertainment fields such as public and private events, drones have the capacity to cover all environments, taking panoramic and individual high-resolution photos.

The use of drone photography for commercial purposes must follow the guidelines of your country’s authority that regulates drone usage, such as the Federal Aviation Administration of the United States (FAA) for United States citizens, for example.

Getting better results from drone photography

To get even better results from drone photography, you need to be aware of its challenges, then you can avoid them! Let’s see about that in details: 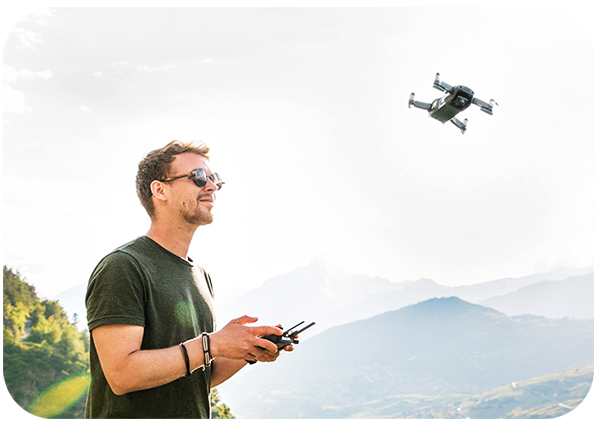 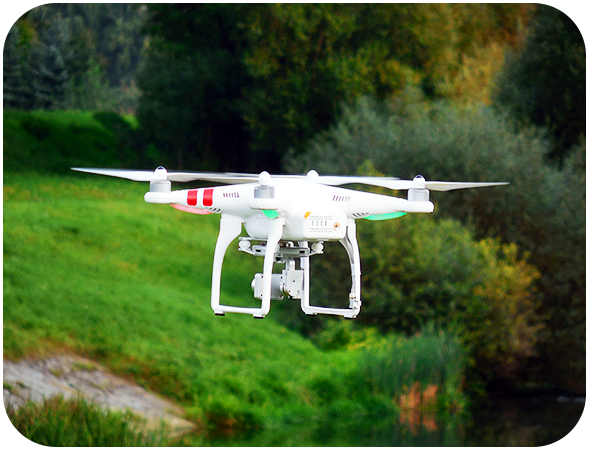 Generally, the operator works with an observer, a professional who helps with orientation to avoid accidents and collisions. Photography companies usually have this professional. If the contracted service does not offer this assistance, it is necessary to hire an observer so that the photo session can take place without any problems.

Another important action is the verification of airspace. The hired professional must be aware of whether the photo shooting area is allowed by the local authorities. Generally, areas near airports are prohibited.

Finally, check if the contracted professional has experience with this type of service and ask to see the demonstration portfolios of photos captured by the drone before hiring their service.

So don’t hesitate to get a drone to make awesome aerial photos! You won’t regret it!

One thought on “Drone Photography: Benefits and Tips”