Do you know when you should use a HDD drive or a SSD drive?

How do they differ?

If you use your computer a lot, if you’re a gamer or if you’re a media editor/creator of any style (photo editor, video creator, audio editor…), beginner or advanced, it’s important to understand the HDD and SSD differences to make sure you’re picking the ideal drive for your needs.

When you read “computer” through the post it’s both laptops and desktop computers we’re talking about!

Chances are you could be using a more appropriate drive for your computer system requirements and you don’t know it, even if the “ideal” drive doesn’t come pre-installed with your system! 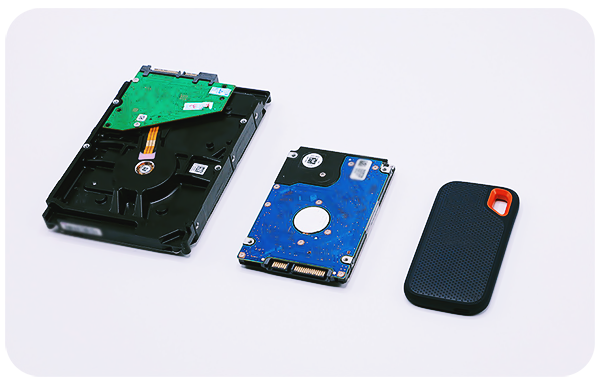 So keep reading to find out what are the specifications of HDDs and SSDs and how to choose the best one for you.

HDDs in a nutshell

HDD means Hard Disk Drive, a.k.a. “HD drive”. By the way, that’s totally different from another famous use of the abbreviation “HD” which is High Definition, and it’s related to video image quality!

In a nutshell, HDDs are traditional storage devices that uses mechanical platters and a moving R/W (read and write) head to access the stored data;

They started being used with the first computers ever made. But that doesn’t mean they perform poorly!

HDD technology evolved a lot along the years. So if in the late 1950s you could only store one MP3 song on a HDD, nowadays you can turn a HDD into a whole music database!

Now let’s see what an SSD is.

SDDs in a nutshell

The first drives that we could actually call SSDs (not just experimental tech) were developed around the year 2007.

With no moving parts, SSDs use flash-based memory which makes them consume less power if compared to HDDs.

So, as they were developed with different technologies, HDDs and SSDs differ in performance.

Let’s compare them based on storage and speed.

Which can store more media

Most of the time, HDDs can store more media than SSDs. While simpler computers destined for day-to-day use have SSDs with 128GB, 256GB or, a simple laptop can have a HDD with 1TB of storage for a similar price. (GB means “Gigabytes” and TB means “Terabytes”).

That brings us another factor: HDDs are usually cheaper than SDDs. But as SSD technology evolves, the prices trend to drop.

Also, the current SSDs don’t go as far as HDDs with max storage capacity. Consumer SSDs usually vary from 120GB to 4TB while HDDs vary from 250GB to 14TB of space. Those numbers change if we’re talking about drives used on data storage companies, but that’s a whole other story.

But don’t give up on SDDs so quickly just because they store fewer media. HDDs are actually much slower when it comes to processing speeds.

Which is the fastest

SSDs have better speed, plain and simple. Despite their smaller storage capacity, SSDs are usually 3x faster than HDDs to process software and access data. And that’s

That’s noticeable, first of all, while you’re booting your computer: it will boot a LOT faster if it’s using a SSD. Even older computers boot faster with SSD as their primary drive. 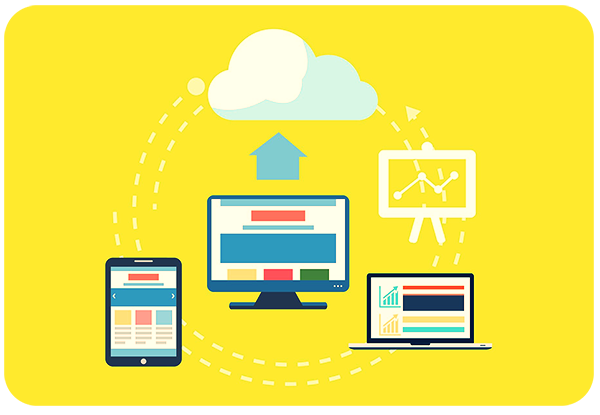 Also, if you’re a media editor or a gamer, you’ll definitely notice the difference of using an SSD. That’s because SSDs work together with the RAM memory of your computer and as well as with the CPU (Central Processing Unit or simply “processor”), and the graphic images reading of a computer with a SSD drive is way faster.

That being said, you can still leverage from HDDs depending on your specific needs.

Keep reading to find out what’s the better choice for you: an HDD or an SSD.

What’s the ideal drive for you?

If you like to download and store media files such as movies and songs, you’re better off using a HDD because they are the winners when it comes to wide storage capacity. That’s also a good option if you prefer to store all your personal files (such as documents and PDFs) on your computer instead of online. HDDs of at least 1TB should work fine for you.

If you’d rather consume all your media online than download and store your favorite songs and movies, you’re better off using a SSD. That’s also the case if you prefer to store your personal files on cloud services such as Google Drive or Dropbox.

You can benefit more from a faster computer with an SSD if storage isn’t your focus.

For media editors and graphic designers

So, if you need a computer for photo/video editing, graphic design, 3D engineering or something similar, you might want to combine both drives on the same computer.

If you’ edit videos, see our post 5 Essential Computer Requirements for Video Editing. 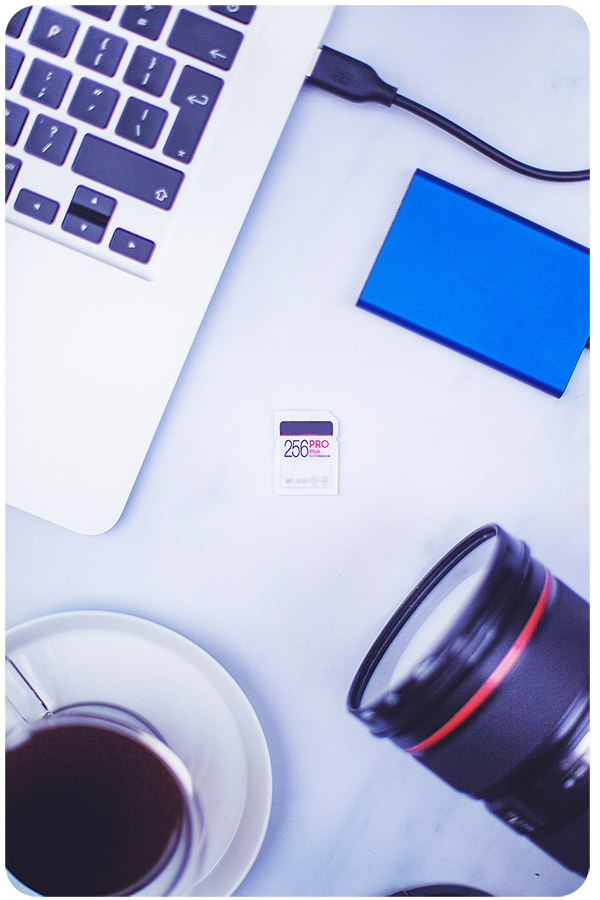 For gaming, this can vary a little bit. While HDDs grant you higher game frame-rates, SSDs are better with game booting speed.

If you want, you can also do some extra research about the specific game you’re playing and it’s performance on different computers with SSDs and HDDs.

If you use your computer mostly to access social media and read your favorite websites posts, without making major file downloads or using more demanding software, both drive types are good for you.

Even if you use your computer for simpler Web surfing, there’s gotta be something you do more usually than the other: download media files (better with HDDs) or accessing streaming services (better with SSDs).

But don’t make your mind up just yet!

You can actually benefit from using BOTH drives together on your computer and leverage from HDDs storage and SSDs speed!

Getting a new drive instead of a new computer

If they don’t come pre-installed with both drive types, computers can have a HDD as a storage drive and a SSD to run the operating system and all the other software.

If you want to do this to your computer you should hire a Computer Technician or IT Technician to properly install both drives on the same machine as this technique requires a complete backup of all your personal files or some data transfer process. Also, it may be necessary to remove your machine’s DVD/CD slot or other hardware piece to open space to place the secondary drive. 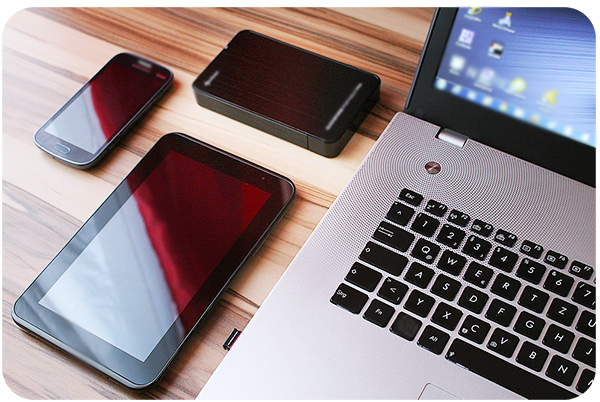 Of course you can choose to actually get a new computer if it’s really necessary for some specific software requirements.

That can happen a lot for media editors and graphic designers because sometimes a media editing/graphic design software requires a whole bundle of hardware pieces to work, and you can’t simply change one piece or another along with the drive.

On the bright side: now you know what to look for in case you need better speed or storage!

And how to pick an external hard drive?

So far we’ve been talking about internal hard drives, those that are included in your computer as an internal hardware piece. They’re used to storing your computer’s operating system, store your media files and also all the software installed on your machine.

But there are external hard drives too, those you get to use offline as a backup or storage asset of your media files.

In case you need an external hard drive to store your personal files, you should consider all we’ve talked about so far when you’re choosing.

Additionally, you should know that external SSDs have less space possibilities, but they’re faster and also more resistant to falls or impacts. So SSDs are the best choice for traveling.

On the other hand, HDDs are better for larger storage needs. So if you have a wide movie/music collection or hundreds of Gigabytes of personal files, the best choice is an external HDD. Just remember they’re more fragile and you should be careful with it. 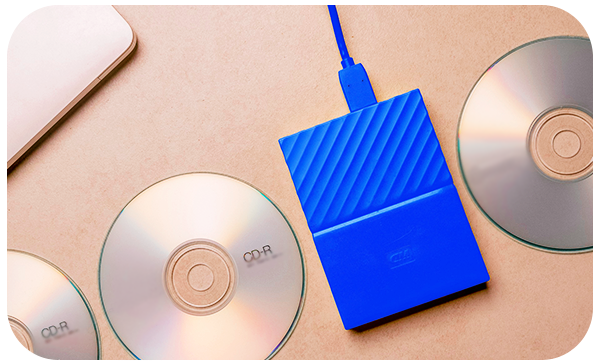 Now you’re ready to choose your next drive, internal or external!

You know how to differ speed performance of storage space and how to pick the best drive in case you need one spec or another.

You also know you can get a new drive or combine new drives on your computer instead of buying a whole new computer.

So don’t hesitate to choose which drive is the right for you: SDDs, HDDs or both!