Are you having a hard time recoding videos in low light? Then keep reading!

Lighting is the main element for video production. Without a good amount of light it will be impossible to make a recording and obtain a satisfactory result.

Nowadays there is a lot of equipment and accessories that make the difference when it comes to recording videos. It is important to pay attention to the details, such as setting up the camera the best way possible, understanding the environment in which the shooting will take place and get the necessary accessories before starting. 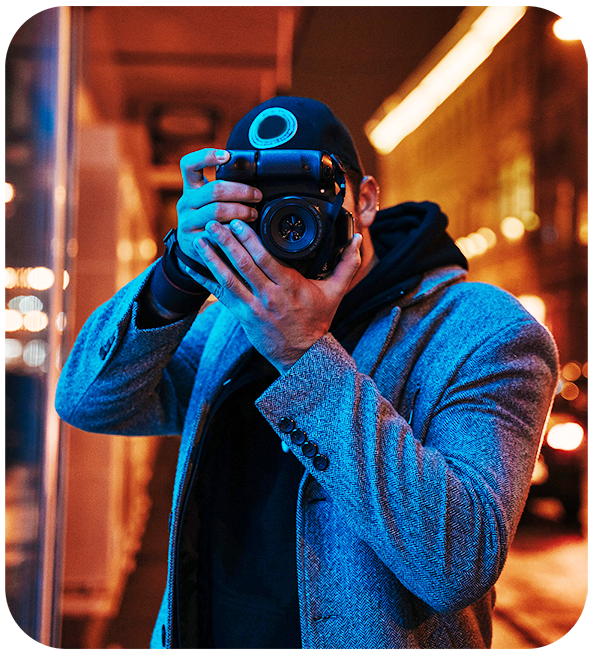 Insufficient lighting usually results in blurry videos with low saturation and poor contrast. Even video editing software may not solve this issue sometimes. Shooting in low light spaces is not an easy task, but with a few tips and tricks this becomes possible and you can get good results!

In this post you will discover how to record videos in low light places.

Setting Up a Good Video Lighting

The first thing you can do is set up a good lighting for your videos, that can be done in a few ways and we will cover them ahead. No matter what camera you are using, getting some lighting accessories can improve your videos a lot in low light environments. Let’s see how.

Use a Light Reflector

Videos shot in low light usually have shadows, leaving half of the element in the shooting scene with dark areas. For example, one side of a person’s face appears dark and the other doesn’t. To correct this issue, you can used a device called Light Reflector that will work as a light fill in dark areas. Light Reflectors are good to work with any camera type, including smartphones. 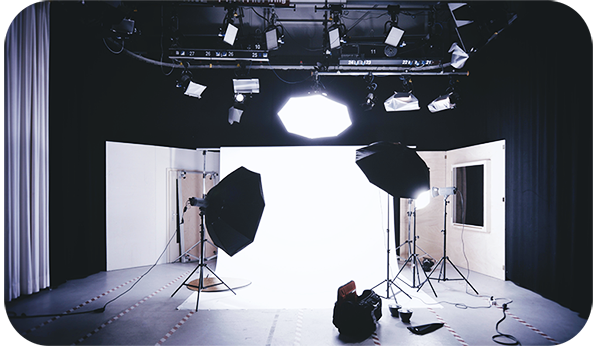 Use a Camera Lens Filter

When shooting videos in places with poor light, people often make the mistake of incorrectly increasing their camera settings (such as Brightness and Contrast) to increase the video brightness digitally (from within the camera, not with an external light equipment). That usually results in very bad images.

Also, depending on where your video will be recorded, there will be areas that are very bright, with too much light. A camera lens filter will have the same effect of sunglasses, reducing the incidence of light on the camera lens.

Preparing Your Camera to Record Videos in Low Light 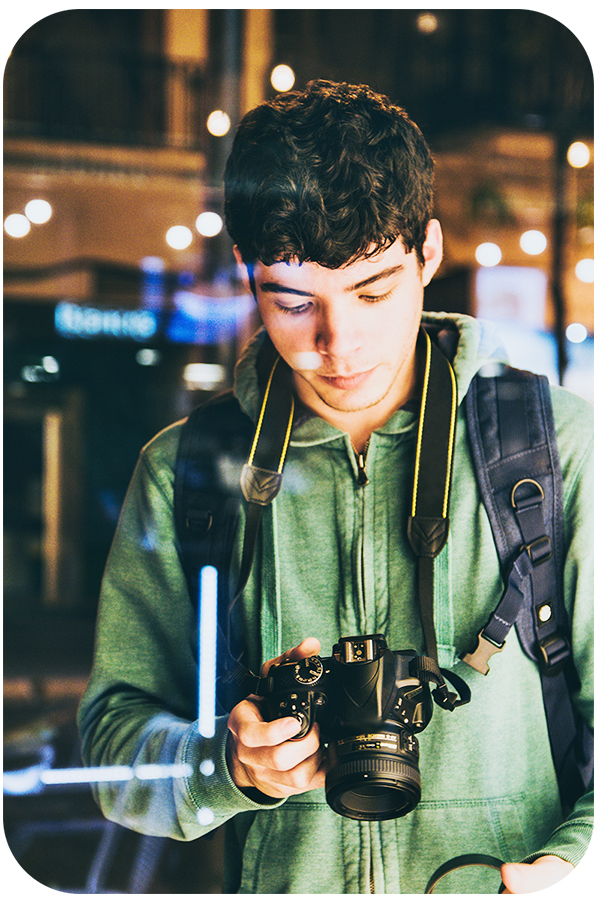 In case you’re working with a Mirrorless Camera or a DSLR, there are few things you can do to improve your videos for low light spaces. At the end of the post, we also explain how to record videos in low light with your smartphone.

Now let’s see how to prepare a Mirrorless Camera and a DSLR to shoot better videos in low light spaces.

When recording landscapes or a very quiet scene, you can change your camera’s Frames Per Second rate (FPS rate). Typically, all cameras are set to shoot at 30 frames per second, although 24 frames per second captures clearer videos in low light. By turning off the shutter on some cameras, you can record at 12 FPS or up to 6 FPS per second. This technique may cause some distortion in large images, but it’s better for scenes with poor light.

For low light environments, it’s recommended to work with a low ISO rate (ISO 320) to avoid image noise when filming. Also, set your camera’s filter D to zero (0) and open your camera diaphragm at a maximum allowing full entry of all natural light.

For cameras with a low ISO rate, use the lens wide open to better capture the light.
The higher the ISO, the more sensitive the image sensor becomes.

Those are the best ISO rates for low light environments:

A very interesting technique to adjust the shutter speed on your camera. When you lower the shutter speed, the footage will automatically light up because a slower speed causes the shutter to open for a longer time, making more light enter the camera.

Video recordings in low light should be done at a shutter speed of 1/30 per second instead of using the normal speed of 1/60 per second. This means that twice as much light will enter your camera lens. 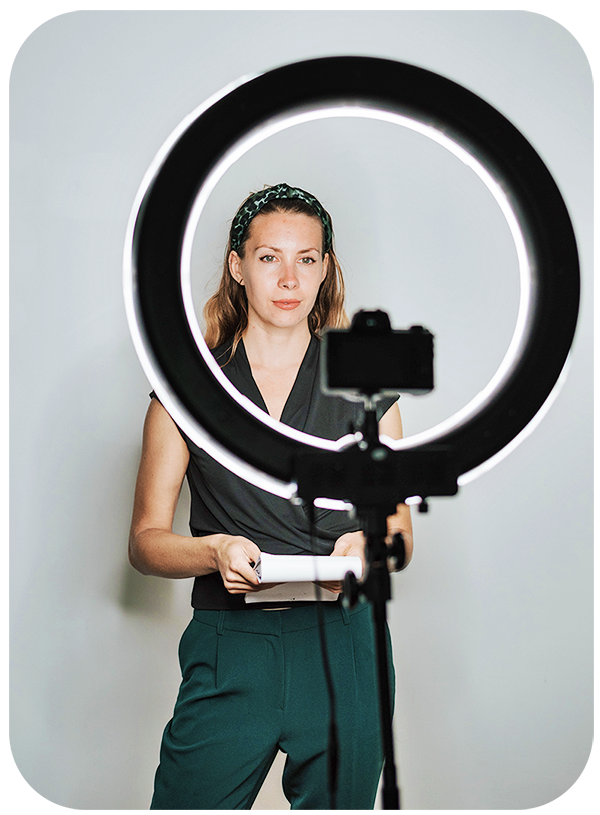 Set Up Your Camera Lens the Right Way

It is very important that you work with a wide open lens. If you have a camera that reaches ISO 80000 (one of the highest rates, by the way) and you are shooting at night with an f/5.6 lens (which is not wide open) you still will have poor quality footage because an f/5.6 lens has a small aperture with little light input. The ideal for this type of scene would be a lens with an f/1.4aperture (which is large).

So the greater the aperture of your camera lens, the lower the image noise will be (noise means loss of quality) when shooting at night because less light will enter the scene.

Set Up Your Camera to Record Videos at Night

For recording videos at night, you need to set your camera at a higher ISO to make it able to process footage with higher pixel rates. Another good idea is to get a kit of camera lenses that shoot clearer images to produce videos with more natural light and less image processing. The combination of those elements will give you good videos at night.

Preparing Your Smartphone to Record Videos in Low Light

In case you use your smartphone camera to record video, there are many apps that can solve bag lighting problems and improve your phone’s camera to deal with video recordings in low light places or at night. With the right app you can guarantee a much better quality for your videos.

For Android and iOS you can use FiLMiC Pro, a paid but cheap app that costs around $15.00. FiLMiC Pro improves your phone camera to record videos in manual or automatic mode, normal speed or slow motion and improve the features of your phone camera.

You can also download NoctaCam, a free app for iOS phones that sets your phone camera to record videos with good saturation, no ISO noise, good contrast and dynamic range. It also helps your phone shoot bright videos at night.

Another app you can download is Effects Video – Filters Camera (the dash “-” is included in the app name). This app works on Android phones and is free, it works as a solution for recording videos at night. It also has a large batch of effects to be used in your videos. It easily helps with poor video lighting issues. 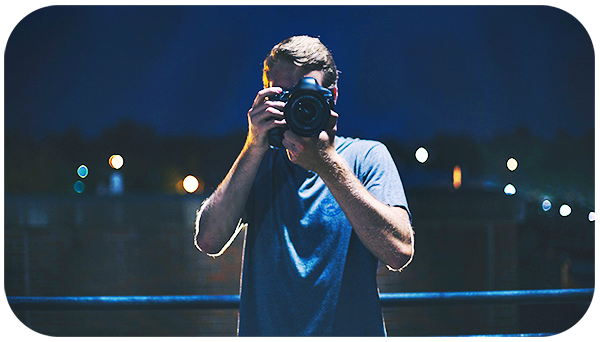 Great! Now you know many ways to get better results in low light environments to record videos, no matter what camera you use. So don’t hesitate to put what you’ve learned into practice to shoot your next video!