Do you like fishing? Have you ever thought of taking photos of your fishing adventures?

Pictures of fishing just got a lot easier now with the evolution of smartphones. There’s also been a great evolution in photography with technology such as Action Cameras. There’s nothing like recording the moment you succeed in catching fish with a picture to show to your friends, to post on social media and keep it as a nice photo souvenir. 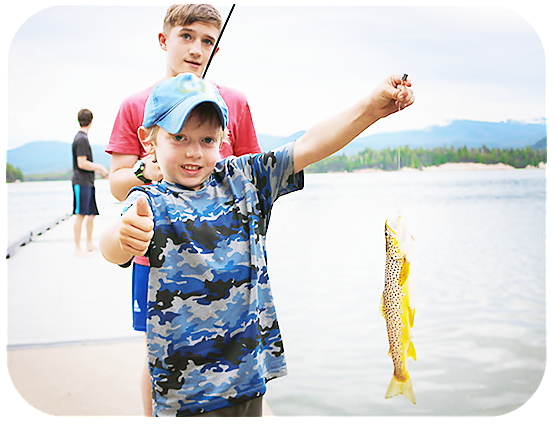 For professional fishers, taking photos of their work portrays more than a moment, it’s the record of an achievement or even of the company of other professionals.

You need to know a few techniques of photography to take good pictures of finishing, and that’s what we’re gonna cover in this post.

How to take photos of a fishing catch 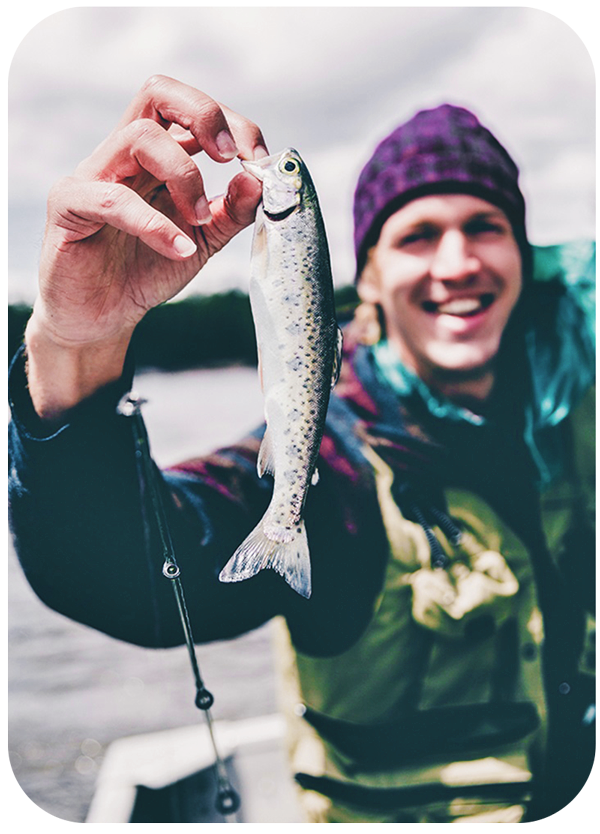 How to take a selfie holding a fishing catch

If you’re the fisher taking a selfie holding your fishing catch, position your phone vertically, (in portrait mode), take hold of the fish by its caudal fin (the tail) and hold your phone with the other hand.

To take the horizontal selfies (in landscape mode) position your phone horizontally, keep taking hold of the fish by the head (near its gills) and try to let your other hand appear as little as possible.

Another thing you can do is take hold of the fish with fishing pliers or any similar tool, forming a 45 degree angle between you and your phone. Remember to always hold the fish at the height of your chest to make it look bigger.

How to take photos of a fisher holding a fishing catch

To shoot beautiful photos of a fisher holding a catch, tell the fisher to take hold of the fish by the head (near its gills) as you position the camera horizontally too. The fisher can also hold the fish with one hand and the fishing equipment with the other hand to show in the photo.

To shoot photos vertically (in landscape mode) tell the fisher to take hold of the fish by caudal fin (the tail) and position it vertically for the camera, which must also be positioned vertically (in portrait mode). 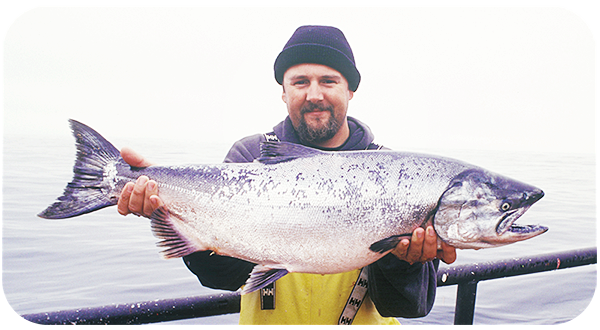 Don’t forget to take at least one photo of the fisher looking at the fish and smiling. Remember to keep the camera at the same level and height as the fish, not the fisher. If necessary, lower the camera or lie on the ground to get the best angle.

How to take photos of the fishing process (before any catch)

Other than photos of fishers holding a catch, another type of Fishing Photography is that of the fishing process itself. For those, it’s good to shoot open-plan photos of the whole environment. Adjust the frame of the Camera to focus on the whole area and not just on a specific spot, that’s very useful for taking pictures of fish in water and also for highlighting the landscape, the sun and other natural elements that may be present.

If the fishing will last for a longer time, it’s important to have extra camera batteries and extra memory cards to avoid storage issues. 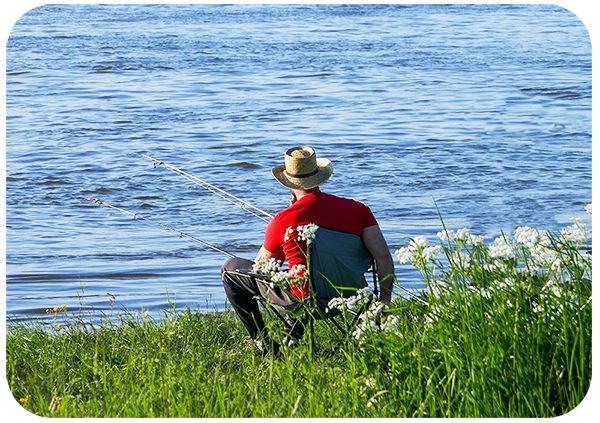 As lighting is the basis of any good photo, the weather influences Fishing Photography. Fishing can start in the morning when it’s pretty sunny and last up until the sky is cloudy. So let’s see how to take photos of fishing at different times of the day.

In the Early Morning

In the early morning, the sun is at a good position for taking photos. You can use the sunlight as flash by taking pictures of anything that isn’t facing the sun. A very beautiful moment in the early morning is when the horizon has little sunlight but the sky remains dark. This moment is usually ideal for artistic photos. So, take photos of anything that is facing the sun and you will get pictures with a beautiful effect.

In the Late Morning & in the Afternoon

In the later morning and in the early afternoon the sunlight is very intense, this can be both an advantage or a disadvantage, so try to find ways to capture the best photos possible and use the sunlight as a gain.

To take pictures in the afternoon when the sun is up, look for a place such as under the shade of a tree to avoid the excessive sunlight, otherwise, the photos may get too clear, with little definition and too many shadows.

If you can’t find a place with less sunlight, try taking photos from higher angles by putting the camera above. If the sun is not so high, position your Camera in a way that the sunlight hits the focus subject of your photo.

At dusk, you can use the same techniques of taking photos in the morning because the sunlight intensity will be very similar. Also, make use of the famous Golden Hour to take beautiful photos, which is the moment when the sunlight is reddish during sunset. 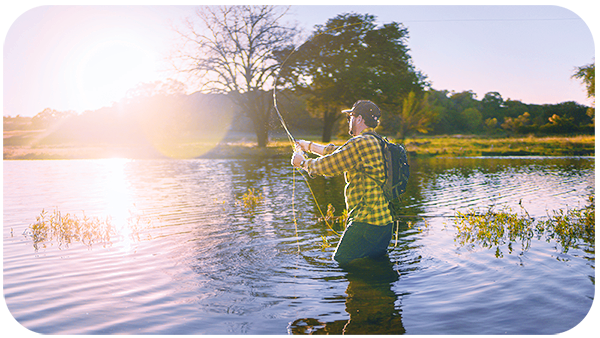 To take good photos, you need light. If there is not enough light at night, you will have to use artificial lighting for the photos to look good. It can be either with your camera flash or with the cell phone flash. One more thing you can do is use a lantern to light your photo scene. There are many powerful flashes for lighting that you can take to your fishing and set up a photo scene for using, just use your creativity.

Bonus tips: how to record videos of fishing

To record videos of fishing you will need to use an Action Camera that can be attached to multiple surfaces, such as boats and head caps because you won’t have time to fish and shoot videos at the same time! You can even use more than one Action Camera to capture videos from different angles.

With an Action Camera that includes a Waterproof Case, you can record videos near water and over water surface (where the camera gets water splashes without being submerged) without needing a waterproof camera case

An Actions Camera with an Adhesive Mount is attachable to flat surfaces, you can fix it to your head cap or other surfaces, which is very useful for recording videos if you use plugs and also for making videos of surface fishing. You can also attach an Action Camera to your boat to capture videos from different angles. Flexible tripods are also recommended, as they can be attached to many surfaces. 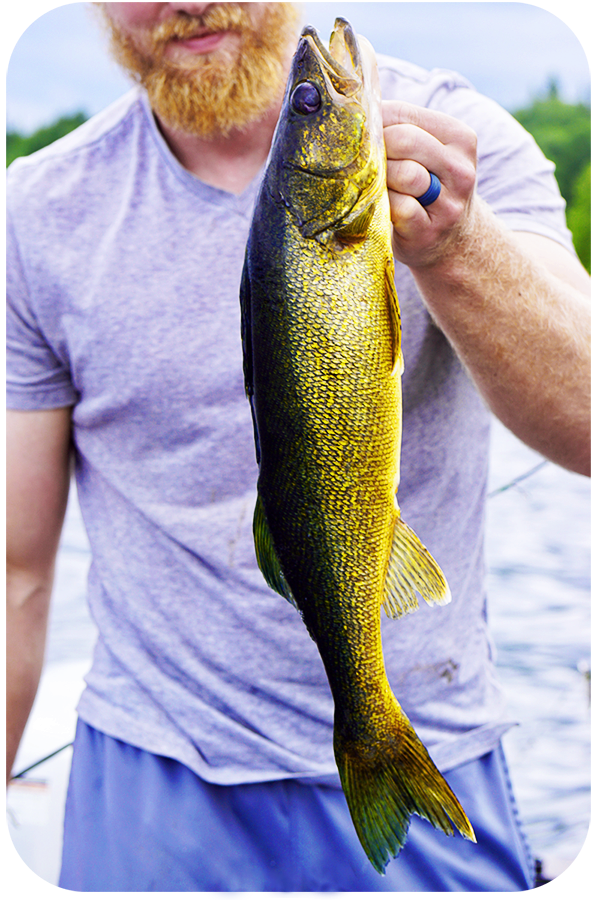 There will be no lighting issues to record videos of fishing in the morning and in the afternoon, but you will need artificial sources of light if you want to shoot videos at night, such as LED light rings or panels.

You also know what are the best practices of Fishing Photography in the early morning, in the late morning, in the afternoon and at night and how to record videos of fishing with the help of an Action Camera.

So don’t hesitate to put what you’ve learned into practice!