Are memory cards only for cameras? Here it is an example-rich historical explanation:

Memory cards’ first development was for computer storage improvements, not for cameras.

This small yet powerful storage device has its own piece of history. Now you will understand all of it, as well as their most important applications!

The main purpose of memory cards has always been data storage for electronic devices to keep information safe. Most of them make use of flash memory, which is non-volatile, electrically erasable and re-programmable. Some cards aim for low space usage. 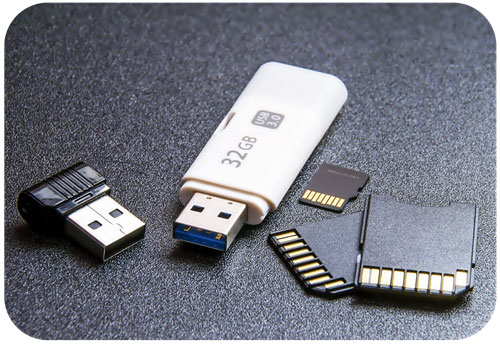 “Memory cartridge” is another way of naming memory cards.

Let’s take a look at some historical facts to understand how memory cards came to be simultaneously small and powerful.

The first aim of memory cards was computer memory expansion.

Toshiba’s NOR-type and NAND-type cards presentation to the market in 1984 and 1991 didn’t mean commercialization yet. The PCMCIA or PC cards, a.k.a. “type I cards”, were the first memory cards to meet the commercial market in 1990.

In the mid-1990s, compact cards smaller than PC cards took place as the main choice for portable electronic devices. SanDisk’s CompactFlash being the first, then Intel’s Miniature Card (which is now out of production) and Toshiba’s SmartMedia card (also out of production).

After that, the use of flash cards as storage for digital cameras increased a lot.

Let’s have a look at the evolution of memory cards along the 90s.

Starting in 1994, SanDisk’s CompactFlash were the pioneers of digital camera cards, with Flash I CF-I and Compact Flash II (or CF-I and CF-II). CompactFlashes made use of NOR-type flash memory. They’re still present on the market, being very popular among Canon and Nikon clients. Their max storage capacity is 512 Gigabytes (512GB) because it’s still on update and manufacture.

The same can’t be said about discontinued memory cards: they had very low max storage capacity. 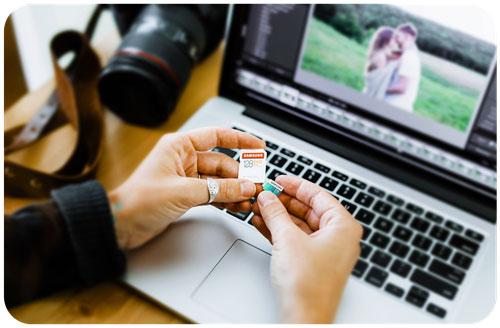 In 1995, a popular card was Intel’s MiniatureCard a.k.a. MiniCard, a flash memory card useful for memory storage expansion of PDAs, old times palmtops, digital audio recorders, older smartphones and, of course, digital cameras. MiniCard’s max storage capacity was only 64 Megabytes (64MB). They are out of production nowadays.

Also in 1995, Toshiba’s SmartMedia cards a.k.a. SM and SMC were NAND-type flash memory cards. They were next in line of computer floppy disks. SMC were very popular with digital cameras, owning almost 50% of the digital camera market up to 2001, despite the development of Toshiba’s Secure Digital cards, an answer to high market demands. SmartMedia cards max storage capacity was only 128 Megabytes (128MB). They are out of production too.

SanDisk and Siemens AG launched the Multimedia Card in 1997, a.k.a. MMC. They’re still useful nowadays with the eMMC model, an embedded memory card mostly for smartphone devices such as Android and Windows Phone, as well as low budget PCs. 512 Gigabytes (512GB) is the max storage capacity of MMCs.

In 1998, Sony entered the portable device storage race, launching the Memory Stick card, exclusive for Sony products like PlayStation Portable, VAIO laptops and Cyber-shot digital cameras up to the year 2010.

The Memory Stick max storage capacity is only 128 Megabytes (128MB). Nowadays, Sony supports SD and SDHC cards (Secure Digital cards with High Capacity). So, Memory Stick will eventually be out of production.

In 1999, Secure Digital cards or SD cards came from the SD Card Association (SDA), the union of the companies Toshiba, SanDisk, and Panasonic (Matsushita Electric). SD cards were useful for portable devices, being a SandDisks’s MultiMediaCards (MMC) enhancement.

The SD cards became a solution for the market increasing higher demands for storage space. Nowadays, SD they’re the industry standard for portable devices memory. Their max capacity storage is 2 Terabytes (2TB), one of the most powerful memory cards ever.

Then, the memory card evolution hits the 21st century. 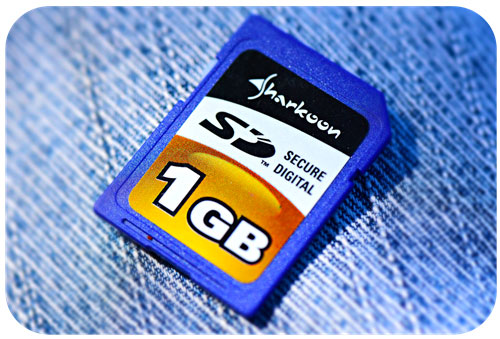 USB max capacity storage is 2 Terabytes (2TB), also one of the most powerful memory cards that exist.

In 2003, a smaller SD card came as SanDisk’s miniSD card. They’re useful for mobile phones but also for devices such as cameras and laptops that support miniSD adapter slots. The miniSD max capacity is up to 2 Gigabytes (2GB).

In 2005, the SanDisk’s microSDcard, a.k.a. T-Flash or TF, came as a solution for the memory cards for cell phones of that time, which were too large. Other than cell phones, they also work on devices with adapter slots.

Even though microSD cards began with a max storage capacity of only 128 Megabytes (128MB), nowadays they have the awesome capacity of 2 Terabytes, and the future launches will support 128 Terabytes of data (128TB). Huge, right?!

Micro cards became popular after that. In 2006, the Sony and SanDisk’s micro M2 cards were released with max storage capacity of 16 Gigabytes (16GB).

Memory cards of the 2010s decade

Also in 2010, the SDXC card hit the market, meaning Secure Digital Extended Capacity, with max storage capacity of 2 Terabytes (2TB). They can resist pressures of 16kg, are waterproof and dust-proof. There’s also a microSDXC card.

In 2016, the Samsung’s Universal Flash Storage (UFS) was released with the aim of replacing eMMC and SD cards. They have a max storage capacity of 256 Gigabytes (256GB), are present in some Samsung phones, are capable of reading and writing data at once and promise a higher data transfer speed. Despite Samsung’s intention to make UFS cards the primary choice for flash memory storage, SD cards still dominate the industry. 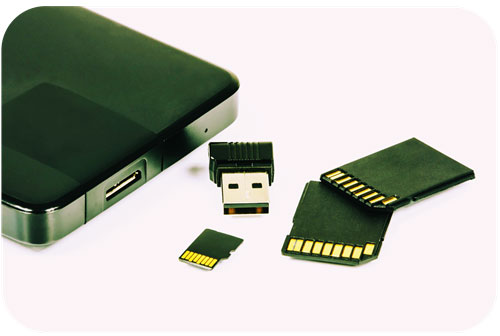 In 2018 the SDUC cards were announced with the purpose of raising the max storage capacity of memory cards to 128 Terabytes (128TB), but their exact launching date is still uncertain.

Memory cards have constantly improved since the 1990s, and their evolution history goes on and on with multiple storage devices hitting the market year after year.

Now you know a great piece of the history of memory cards for cameras and many other devices!

So, what are the advantages they offer to photographers and video makers? Here are some of them:

Now you know it: a memory card is for portable device storage that has many advantages for camera owners.

They continue to evolve and improve every single year, and you as a camera owner can only gain from it!

See our other posts about photography.