Do you produce or edit videos? Getting the perfect lighting for a video can be a little tricky, right?

Lighting is a technical element of video production and also of video editing, it increases the quality of the raw video material and reduces image noise (granularity), a type of grain that appears in the video making it look like the resolution and quality of the footage are very low. Also, lighting helps add intensity to scenes in a video.

Even though lighting can be a challenge both in recording and editing videos, there are ways to prevent some issues both in video pre-production (the scene set up phase), in production (the recording phase) and in post-production phase (the editing phase).

In this post you will discover pre-production and editing tips for improving video lighting.

How to set up video lighting before recording 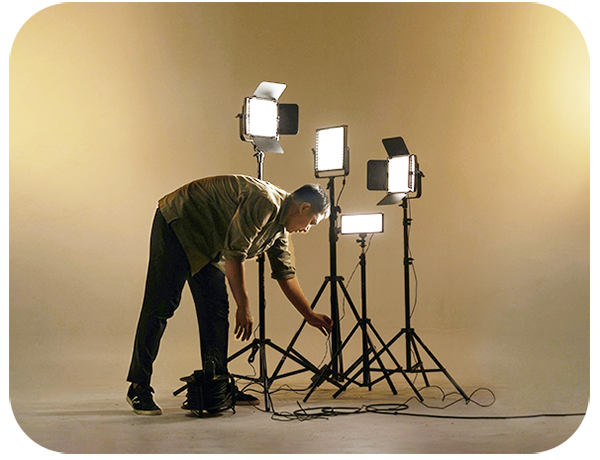 There are two types of video lighting setup that you can use for your videos:

Three Point Lighting: for this set up, you need to place two light sources at 45 degrees from your video focus object, one is the Main Light, and the other is the Fill Light. Finally, place a light source behind your focused object, which is the Backlight. That gives us a total of three light points (hence the name “three point lighting”). Don’t forget that an extra light source needs to light up the entire room, like a light bulb if it’s at night or the sunlight if it’s daytime. This extra light source will balance the light of the other three points of light. It’s also good to turn on the light lamp in the recording environment, even if it is daytime.

One Point Lighting: this set up only needs one singular light source (hence the name “One Point Lighting”) above the eyes level (height) to illuminate your video focus object. Remember to adjust the position of the light source so that the effect is not too dramatic (unless you want that to happen). It is also necessary to have a natural or artificial light source illuminating the recording environment (such as a lamp or the sunlight) in addition to the light source that illuminates the focus object. It’s also good to turn on the light lamp in the recording environment, even if it is daytime.

Video noise a.k.a. video granularity is the presence of small particles in a video that have an optical texture similar to dye clouds or metallic silver. That decreases image quality a lot. A nice recording technique that you can use to avoid videos with is to record the video in a bright environment, either using the sunlight as the main light source or a LED light panel. Then, you reduce the video brightness with a Video Editing Software. In other words, instead of increasing the video light in post-production, you will reduce the excess of light in post-production by being sure that there will be no grains or noise in the image as it wasn’t shot in low light. 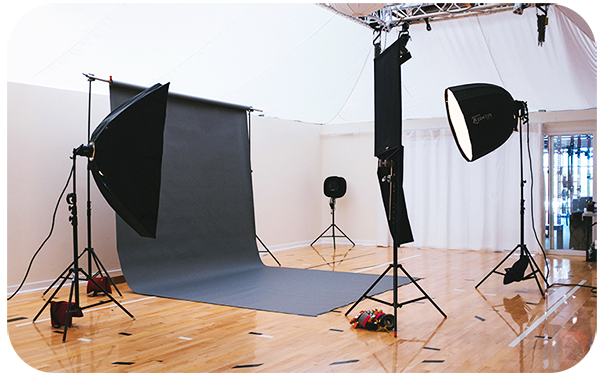 Recording videos in low light is a problem because cameras need a good amount of light to film images with good quality. That’s why it’s necessary to prepare the best lighting possible for the video scenery, no matter what type of camera you use to record videos, be it a DSLR, a Mirrorless Camera or even your smartphone’s camera.

If you are using a Mirrorless or DSLR Camera that allows you to add new lenses to it for different types of footage, you can get lenses that have a large focal length and a large diaphragm aperture, such as a 50mm lens at f/1.8 aperture, as the lens will capture more light. Keep in mind that the wider the lens opening, the more the camera’s autofocus needs your attention to avoid shooting blurry videos or blurry backgrounds when you don’t want it to happen.

A Histogram is a graph in which you see high bars that look like peaks, those bars are data curves that look like mountains (literally). Those data bars can be displayed in white or in multiple colors, such as the RGB color scheme (Red-Green-Blue). Either way, the more high bars you see on the right side of the graph, the more your video is with high exposure (it’s brighter), and the more high bars (or high data curves) you see on the left side of the graph, the more your video has low exposure (it’s darker).

If you use a DSLR or a Mirrorless Camera, you can check the camera’s Histogram to see how much light is available in the recording scenery, do that before you start recording to improve the scenery lighting as necessary. Do not confuse Histogram with Waveform in the camera because they’re not the same type of graph. 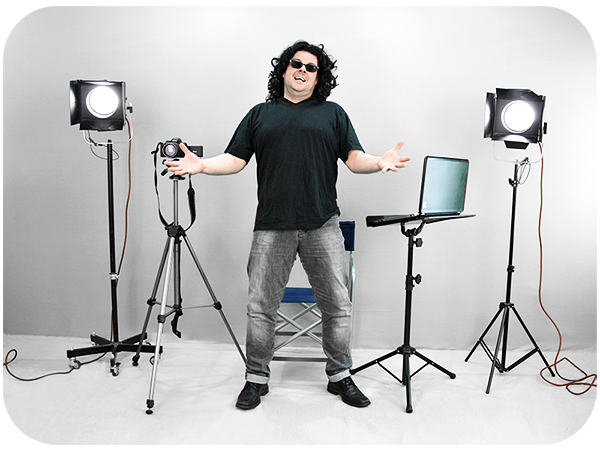 You can use that information to adjust the video brightness and contrast (with the appropriate tools) until the Histogram curves are balanced. You can install a plugin in your video editing software to perform this Histogram equalization task if you want.

How to edit brightness and contrast to improve video lighting

When you record videos in the dark (with no lighting source at all) remember to search for a video editing tool to remove the noise from the image, this technique is called “reducing video grain” or “removing video noise”. Another thing you can do is fix the excess of light in post-production (the editing phase), if the video has been shot with too much light instead of with too little light. This can happen when the shooting is done with the sunlight as the main light source, especially for videos recorded outdoors.

Color Correction and Color Grading are video editing techniques that are very useful for correcting video brightness. Color Correction is a process in which video colors are corrected to be more balanced. Color Grading is a more artistic process so that the video has colors that communicate a certain state of mind or a certain feeling. 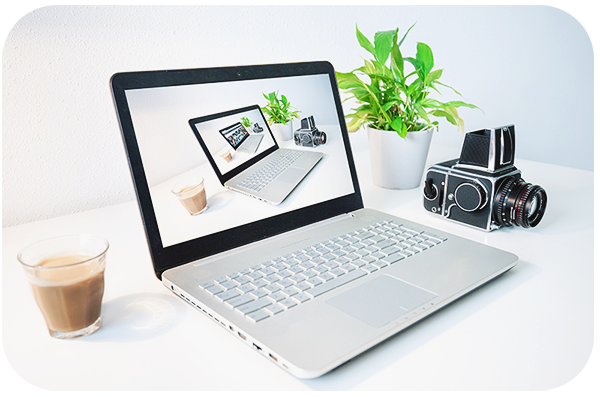 If you can’t improve the lighting of a video shot in low light, you can make it more expressive and more eye-catching with Color Grading and with Color Correction techniques.

Also, Color Grading and Color Correction plugins can be installed to your Video Editing Software if you want to have more editing options.

Remember to work on contrast and brightness adjustments as much as possible and always try to match the Color Correction/Color Grading edition with the contrast/brightness levels of a video, no matter how dark the video is.