Skip to content
Multimedia
Multimedia, Photo and Video
No Comments

Can you name 10 computer types and what they are for? You will in a few minutes!

There are many computers for many different usages. Chances are you’ve already used or seen a handful of different computer types and you didn’t notice!

It’s time you discover the most common computer categories and how they work. You might even find out about one or another that can be useful for specific tasks, and you can benefit from it!

Let’s see 10 different types of computers and their purposes.

Whenever you read “PC” here, remember it means “Personal Computer”, so it’s any computer that’s not used in automated systems or industry. In short, an All-in-One PC is an All-in-One Desktop that’s for personal use. It usually has a great processing capacity.

All-in-One Desktops are the “full pack” PCs. They have all the basic hardware pieces such as RAM memory, motherboard, processor (CPU) and graphics card, plus the peripherals (mouse, keyboard, monitor screen and sometimes even a pair of speakers).

By the way, the fastest method to differ an All-in-One Desktop from other computers is the monitor (the screen): is there a monitor on the computer? Then it’s an All-in-One Desktop. Other desktop types don’t have monitors unless you buy one later, as you’ll see ahead in this post.

You can see All-in-One Desktops everywhere, they’re common for personal and business use, and are see very often in stores and business as part of staff equipment.

The second computer type that’s very popular is the Laptop.

Laptops are small portable computers that look like a “clamshell” because they have two halves put together. Business can use Laptops as part of their staff equipment, but they’re are mostly for personal use.

In case you’re wondering if Laptops are different from Notebooks, there’s a quick explanation about this question right ahead in the post. But to sum it up: Notebooks are Laptops with smaller screens.

There are Regular Laptops, those with up to 18 inches screens that most people use, but also there are other three types of Laptops there are very popular: Chromebooks, Netbooks and Ultrabooks. Let’s see what they’re for.

Chromebooks are Laptops that have the Chrome Operating System by Google, or Chrome OS. They support the Chrome Webstore applications and have pre-installed Google Apps.

Chromebooks are designed to be faster, and for that the Chrome OS is Linux-based and implements Cloud Storage.

So Chromebooks operate in the Cloud. By using a Chromebook, your files are always online and you can access them anywhere. Plus, you get hundreds of Gigabytes of space to work with, and you can always purchase more if you need it.

This type of computer is very similar to Regular Laptops. A Netbook is a like Laptop, but with a lower processing capacity.

Also, Netbooks have smaller screens that vary from 7 inches to a maximum size of 8.9 inches.

They’re great for traveling. If you need to do remote work or remove studies while you travel. For example taking a Netbook with you is better than taking a Tablet or a Regular Laptop because Netbooks have the keyboard and the mousepad (which Tablets don’t), and they are portable and smaller than Regular Laptops, all at the same time.

Just remember that Netbooks are better for simpler tasks, such as Internet navigation and opening multimedia (videos, music, text documents and other common files).

If you need to do more demanding tasks such as video editing, 3D design or gaming, you’re better off with a powerful Laptop (with at least 8GB of RAM + a 2GB graphics card) or with an All-in-One Desktop with similar hardware settings.

An Ultrabook is very similar to a Laptop too, but it’s very thin and lightweight. However, that doesn’t affect it’s processing capacity or battery life.

The purpose of Ultrabooks is to be slim and fast, so they can handle more demanding tasks if compared to Netbooks. When it comes to gaming specifically, they can process light games pretty well.

Also, Ultrabooks are another great option to take with you while you travel: they’re very portable, very powerful for normal use (Internet navigation and opening multimedia files), plus they are very easy to carry around.

Is “Laptop” the same as “Notebook”?

Just to make it clear, there are some technical differences between a Laptop and a Notebook concerning screen size (Laptops are supposed to be bigger).

But through the years those terms actually got mixed as computers grew popular, and nowadays when someone talks about a “Laptop”, it’s usually a “Notebook” that the person is talking about too. 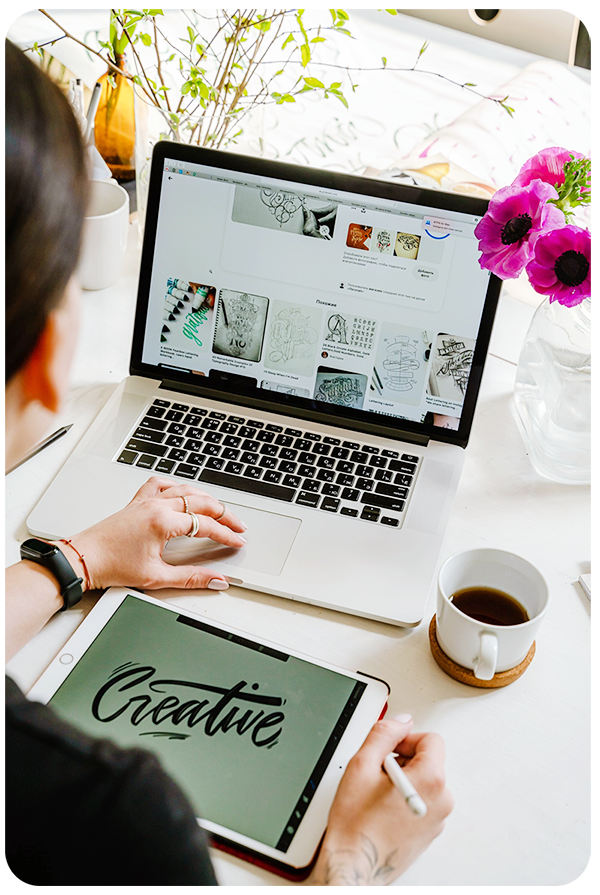 In short, a Laptop can have a screen up to 18 inches big, and a Notebook is simply a smaller Laptop with a screen no bigger than 15 inches.

Either way: a Notebook is a Laptop!

So unless you’re speaking with a Tech Professional in a very specific computer type conversation, people simply mean “Laptop” when they say “Notebook”!

Word of advice: don’t overthink it!

In case of major doubts, you can think like this: “If this computer is not a Desktop (with visible peripherals such as keyboard and monitor), if it’s not an Ultrabook (very thin screen) and if it’s not a Netbook (very small screen), then it’s gotta be a Laptop, so it’s also a Notebook!”.

The point is: Notebooks are Laptops.

PC Bundles are a Desktop Hardware Bundle that includes a PC Case (a.k.a. Computer Cabinet).

“Hardware Bundle” is a pack of the main hardware pieces that a computer needs to operate, such as the motherboard, the RAM memory, the internal storage drive and the audio/video cards. All of those are put in a PC Case.

Also, PC Bundles don’t include the peripherals, which are the input and output devices you connect to a computer, such as the keyboard, the mouse, the monitor and the audio speakers. However, PC Bundles have all the connector ports for you to plug the peripherals in when you get them.

Gaming PCs can be Desktops and Laptops. They’re made specially for gamers and are designed to perform lots of highly demanding computer games, and the less demanding ones as well, of course.

Both offline and online computer games require a great processing capacity and battery performance from computers.

That’s why gamers need specially made PCs to avoid game installing issues, computer freezing (when the computer literally freezes all together and you have to restart it), and game crashing (when the game stops suddenly or exits by itself).

Also, they can be built by the gamer. That’s when the gamer chooses the hardware pieces of the computer one by one and assembles it alone, or hires a Computer Assembly Specialist to do that.

Also, there are many tools of Gaming Gear that can improve Gaming PCs even more, such as: Gaming Chairs and Seating, Gaming Headsets, Gaming Keyboards/Mice/Input, Gaming Memory and Gaming Motherboards.

Now let’s see what are Barebones.

This type of computer is very similar to a PC Bundle. It’s a pack of essential hardware pieces stored in a computer case.

However, Barebones are simpler kits of hardware, with the very basic components only. They have the motherboard, the CPU (processor) and the power supply in the computer case, nothing else.

But don’t this means they’re poor quality computers! On the contrary!

Barebones are a great option when you want to choose very specific hardware pieces you may need for tasks that demand a lot of computer capacity, such as gaming and 3D modeling, or for using software with specific system requirements, like a video editing software that needs an 8GB RAM memory or a dedicated graphics card.

With a Barebone computer, you can choose all the peripherals (mouse, keyboard, monitor…), plus some main hardware components, such as the RAM memory, the audio/video cards and internal storage device.

So, you can plan a custom computer with all the pieces that meet your needs!

Then, you can hire a Computer Assembly Specialist to assemble it for you, or assemble it yourself if you want, of course!

That’s right! Tablets are computers! More specifically, they’re portable computers in the shape of a “tablet”, hence the name, with a fully touchscreen system, no keyboard or mouse.

Tablets have ports to connect headphones and earbuds, and also USB cables to transfer files between other computers, like Desktops and Laptops.

They’re great for daily activities because they offer portability. Tablets are useful as second screen too (when you use a device to improve your user experience of another device, like a TV).

Also, you can benefit more from the bigger screen of a Tablet as your main entertainment consuming device: Tablet’s are bigger than smartphones, plus more easy to carry around than Laptops.

Let’s talk about another computer type that involves Tablets, which are Two-in-One PCs.

Now that you know that Tablets are computers, it’s easy to understand what’s a Two-in-One PC, a.k.a. 2-in-1 Computer.

In short, a Two-in-One PC is a Laptop that is also a Tablet.

Sometimes, Laptops with touchscreens but without the foldable keyboard are also called Two-in-One PCs.

Having a 2-in-1 Computer is a great option if you want to benefit from the power capacity of a Laptop and the portability of a Tablet at the same time.

Also, you can save money buying a Two-in-One PC instead of purchasing one Laptop and one Tablet separately.

Workstations are similar to PC Bundles. They’re a pack of hardware pieces stored in a computer case.

However, unlike PC Bundles, Workstations can have the peripherals (mouse, keyboard, monitor and other input devices).

The purpose of a Workstation Computer is to process a lot of information of tasks such as engineering products prototyping, data analysis, motion graphics editing and the development of 2D or 3D animations.

So if you practice any of those activities or some other similar, you can benefit a lot from a Workstation, or simply if you need a computer with more processing power than a usual Desktop.

Sometimes called “Point of Purchase”, this type of computer is useful for business such as stores, supermarkets and restaurants.

Point of Sale Computers, a.ka. POS, are those operated by merchants and cashiers in places like shops.

POS Computers process financial entries and connect multiple cashiers to the same system, such as a database from the same store that records all the transactions happening at all the POS’ cashiers.

And last but not least, let’s see why your smartphone is a computer!

Yep! Smartphones are computers! Just like Tablets, a Smartphone is a portable device that runs on a mobile Operating System and supports applications and Web Services, plus it’s a mobile phone.

The strict meaning of “computer” is a device that accepts inputs of information, processes it and returns it an output of that same information to the user. For this reason, Smartphones are indeed computers.

And very powerful ones!

With technology evolution, old times simpler cell phones that had a few apps and did no more than send SMS and make calls gave space to nowadays modern Smartphones that can practically do everything!

So don’t forget about this: your Smartphone is a computer!

Cool! Now you can name 10 major computers categories and what they’re for! You also know what are the best cases to use each one of them.

You can say with confidence you’re any computer type expert!

You can share your thoughts in the comments below!

What Are LUTs in Video Editing and How They Improve Videos

9 Things Every Gamer Needs for the Complete Setup

How to Take Amazing Pictures of Flowers