Do you want to take better photos with any smartphone or camera?

You can adventure yourself in the world of photography right now if your smartphone’s camera is your only camera or if you’ve just bought your brand new professional camera.

That’s right! By following the 6 best photography tips for beginners explained ahead, you’re ready to take some awesome photo shots.

Photography is not all about the equipment you have to shoot your photos, and the right technique applies to any type of camera because basic photography for beginners is the same in any situation.

Let’s find out how to take some amazing photos!

1. First of all: hold your camera the right way

The first basic technique you need to master is how to hold your camera (if you’re using a smartphone’s camera, that’s also “your camera”).

This may seem obvious, but most people that don’t know how to take good photos usually hold their cameras very loosely, which can result in shaken and blurry photos.

Remember to hold your camera with both hands, that’s the most important tip because it will grant stability for your photoshoot. A photo taken with a steady hand is always better than a photo taken “at ease”, which risks getting blurry and defocused (that’s what deforms people’s faces in so many photos if there’s the slightest movement). 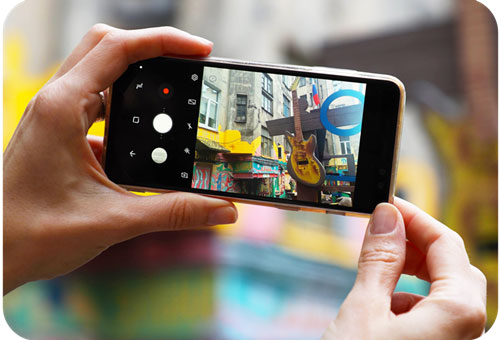 Also, it’s better to take landscape photos, taken horizontally (when you “lay” your camera to the side, if it’s a smartphone you hold it with both hands as in a race video gameplay), and that goes for every situation because they’re easier to crop later to the dimensions you want.

On the other hand, there are photos taken in portrait position, vertically, when your camera or phone is in normal position, can cut off important parts of the scene, and you’ll never be able to get it back.

So it’s better to have a larger photo and crop it up than have a “half-photo”, even if you’re taking a selfie (specially with more than one person on it). And beginners tend to forget that a lot!

In major doubt cases, take two photos: one in landscape mode and another in portrait mode, and decide which one you prefer later!

Another very important technique that can change your photo results completely is playing with the background. If your photo scene has one or more subjects (people), you may consider asking them to change to another place or space if that’s possible, with another background.

For instance, if you’re taking a family photo with some people standing in front of a couch in a living room, it would be better to ask everyone to move to the front of a wall or a green area such as a garden if there’s any, just so their faces will highlight more in the final shot, and that’s just one example. The same goes for photos of one single person: always consider changing the background. Sometimes, just a slight movement to the left or right can highlight the photo’s subject.

On the other hand, if you’re taking a photo of one single object, like an artistic photo of a cup or a wine bottle, it’s good to consider moving the object to different backgrounds, and that goes completely free with any idea you may have and the possibilities at hand. So, be creative!

Perspective is not the same as background. Perspective means you’re moving the camera around the subject/object of the photo scene, and keeping the background the same. 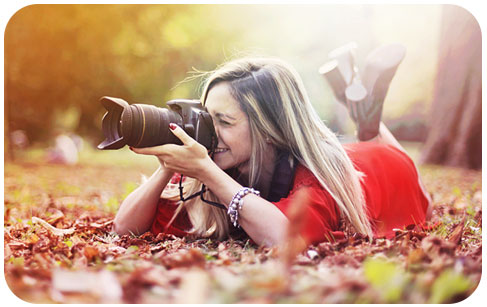 By following this tip, you’re already stepping into the serious photography world, given that most people have no idea they can play with perspective in their photo scenes!

The same goes for photos with one or more persons, as you can move around with your camera and ask people to stay in the same place but look at the camera wherever you go.

It’s up to you to move around and be creative.

By this far, when you follow this tip you’re already “the photographer” in everyone’s eyes because you’re taking unexpected photos!

This technique can be combined with the previous tip: while you move around your photo scene with your camera taking many shots, you can play with object/subject focus.

This means you can use your camera’s focus (be it smartphone or not) to make different final results. Just make sure you find these tools. If you’re using a pro camera and you have any trouble finding the focus tool, you can search on the Internet for “adjust autofocus…” and type your camera model in the search, such as “adjust auto focus canon m50”. If you’re using a smartphone, you can search on the Internet for “how to use live focus…“ and type your smartphone model to complete the search, such as “how to use live focus galaxy a51“.

And you do that while changing the camera’s perspective, as explained previously. It’s up to you to be creative! And also don’t forget that you can take many photos and choose the best ones later.

5. Give zooming a try

The final technique you can use is zooming. That can be done with pro cameras and smartphones, and it’s a technique that can also be combined with all the other previous techniques: landscape mode and portrait mode, background changing, perspective changing and focus changing.

Then, you apply the zooming technique. It’s very simple: you zoom in and zoom out in your photo scene the way you want to and take different photos, then you choose the best ones. And do that while you’re changing perspective and focus, for example.

Just remember that some smartphone cameras may have lower quality and too much zooming can deform the photo, so take it easy if that’s your case and don’t zoom too much to don’t loose your photo.

Again, be creative and take many photos!

6. Finish it up with some basic photo editing

By now you should’ve understood that taking awesome photos means taking many different photos of the same scene and choosing your favorite ones later, which can also lead to creating a photos album when you like multiple photo of the same scene.

So, the cherry on top of any photo or photo album is: editing!

Don’t freak out thinking you need to be a pro to edit your photos or learn about major softwares like Photoshop in depth! At first, you can do some basic editing like brightness correction, contrast enhancement and even saturation adjustment, and add some filters to it. That’s gonna make a huge difference in your photo.

Just don’t over-think it because basic photo editing can be done with any software, be it an online website, an installed computer program or a smartphone app. So, trust your first search results and put it into practice!

That’s it! When you follow those steps, you’ll be ready to go further with photography because you have mastered the basic process.

Now, be creative and take some awesome photos!