Do you know the meaning of the most common terms of audiovisual productions?

Audiovisual productions include video production and video editing, and those processes have a very specific set of terms that are words and phrases that mean something of the workflow to create or edit a video. When you’re a beginner at video production or video editing, it’s good to learn the most usual terms of this area of knowledge to progress to pro level! 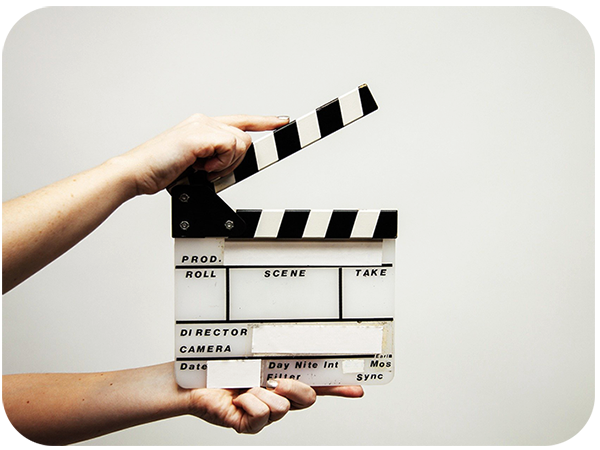 In this post you will get a summary with the meaning of the most common terms of video production and video editing to help you understand very quickly the structure of the “language” used by audiovisual professionals.

A scene is a sequence of actions recorded in video clips that take place in the same place within a space of time.

This term is written in French and it means “put in scene” or “organize in a scene”. Mise-en-scène is the artistic direction of all elements on a video scene, such as lighting, camera movement and also actors or other people being recorded.

A take is a shot [filmmed] version of a video. One single video can have many takes (many versions) in a specific setup or scene.

In video production, a cut is the interruption of a video take being captured by the camera. Just think of when a movie director shouts “CUT!” meaning that the scene must be interrupted. 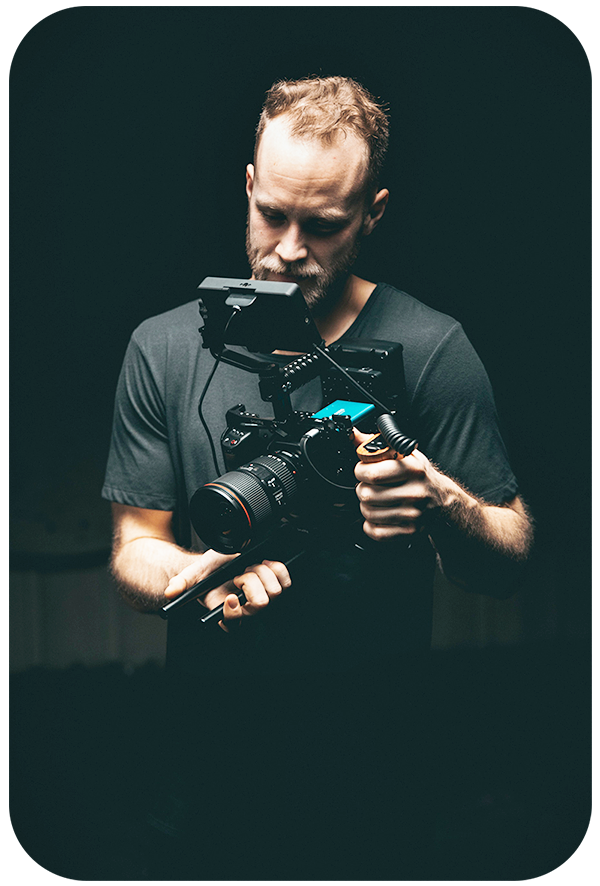 Framing is a technique of choosing which parts or which portion (area) of the shooting scene will actually be captured by the camera lens and appear to the viewers in the shot video. You can use framing to focus on specific elements of a scene and to communicate different emotions of the same scene.

In video production, BG means the background of a video scene that is usually set up carefully and thoroughly to make a video look great before shooting.

It’s a chronological checklist of scenes and dialogues that must be shot to create a video dividing. Video scripts can be divided into two columns, one for image and one for audio.

It’s a narrative sequence of a video determined by a script.

This term is usually for movies and series. When a story plot is followed by a twist (inversion) in the narrative that seemed to be heading towards an end and suddenly changes, we have a Plot Twist.

A storyboard is a sequence of drawings representing scenes of the video script. After splitting the script into scenes, the framing of each scene is drawn to help in the visualization of the scene before it’s recorded.

Zoom In & Zoom Out

It’s the organization of the parts of a video in a specific sequence (as desired).

A video editor can be either a person who edits videos or a video editing software.

Is the space inside a video editing software used to place and re-organize video clips, music tracks and other media files in a chronological order.

A video is a sequence of still photos shown at a very fast speed that produces the illusion of movement, and those photos are called frames. So, each frame is a photo of the photo sequence that composes a video.

One event is one single file (no matter what format) placed on the timeline of a video editing software.

A workspace is a video editing software interface, as well as its buttons, tools and other features.

Workflow is the set of actions that build the editing process. Each person usually has a different workflow.

Contrast is the difference between dark tones (black) and light tones (white) in a video.

Color Correction is the process of balancing the colors of a video, bringing the image closer to the real world view and fixing any color interference in the footage that makes the video more bluish or yellowish (to name a few).

Color Grading is artistically changing the colors of a video to create a specific color effect. 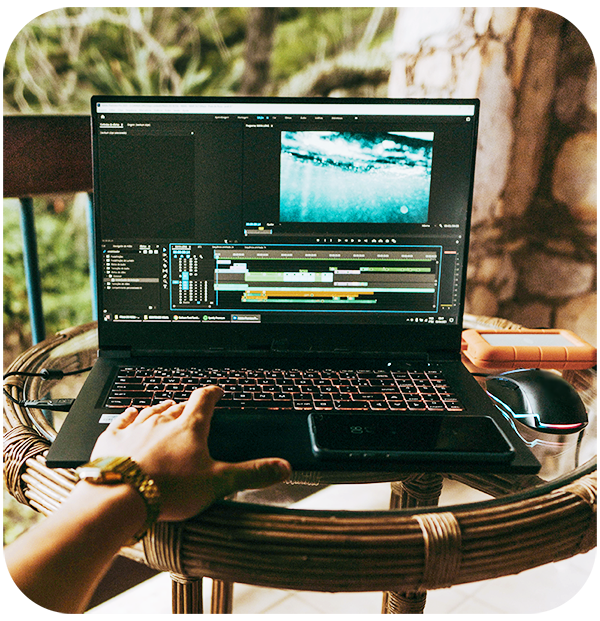 A video loop is the effect of making a selected video or audio section start and end at the same point in repetition. In other words, the video or audio has no beginning and no ending, it’s a repetition loop that lasts for as long as desired by the video editor.

Cropping is the effect of removing a portion of the area of a video.

Slow Motion is the effect applied to video to make a movement be reproduced at a slower speed.

Fast Motion is the effect applied to video to make a movement be reproduced at a faster speed.

Exporting and rendering are the processes of converting a video and audio sequence into a single file for optimized visualization. In other words, it’s the process of saving a finished video to a specific location on a computer.

Mixing is the process of editing the audio of a video.

Continuity Editing is the effect of producing harmony in the joining of different video clips so that the viewer doesn’t realize that there was a time difference between the recording of scenes in sequence.

A Standard Cur or Hard Cut is the effect of cutting from one video clip to another video clip without any effects or transitions.

Chroma Key is a technique of replacing easy-to-identify colors (usually green or blue backgrounds) by other images during video editing, such as adding digital scenarios.

Freezing is the effect of repeating a video frame for an amount of time as if the video was “frozen” for a while.

Fade In & Fade Out

An L-Cut happens when the audio from a video clip is prolonged and transferred to the next video clip.

A Cutaway Shot interrupts the main action and takes the viewer away from it, inserting a new object into the scene with a different matter.

Cutting on the Action

Cutting on the Action is a technique that makes a movie/series character start the action on one video clip and end it on another video clip. 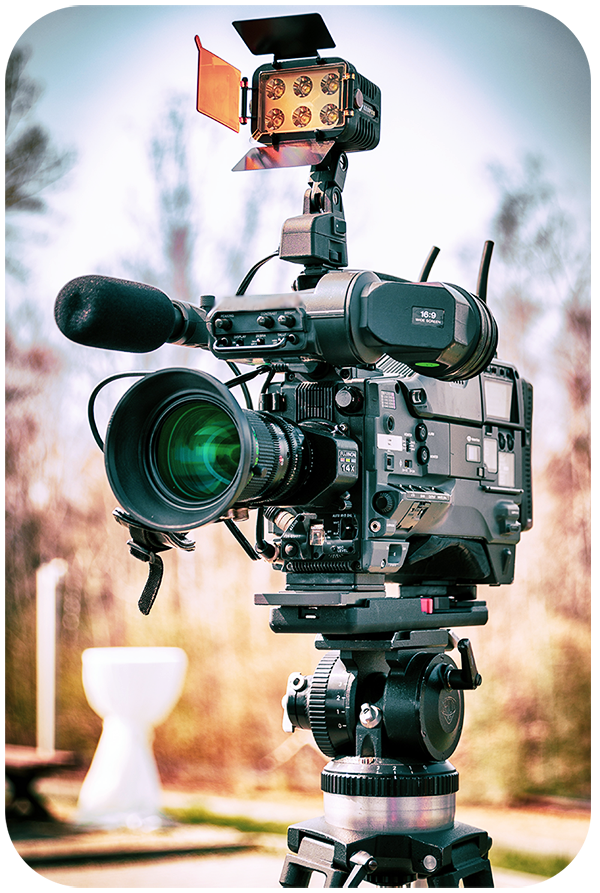 A Cross Cutting or Parallel Editing is a cut between two scenes that take place in different places and at the same time.

A Match Cut is the type of cut that combines different scenes but with similar images, moving from one space to another without losing coherence and without confusing the viewer.

A Jump Cut is an editing technique in which the video clips do not have a continuity, giving the impression to the viewer that the video is skipping. It can also be a cut in the same scene.

CG means Character Generator, it’s a software or software plug-in that produces static or animated text for videos. Be careful not to confuse CG with Computer Graphics, which is a whole other area of knowledge related to 3D modeling.

This is one of the most common Aspect Ratios and it’s represented as “16:9” in video editing software.

Bitrate is the amount of information in your video. The higher the Bitrate, the higher the quality of the video. A higher Bitrate results in large videos in terms of storage space. 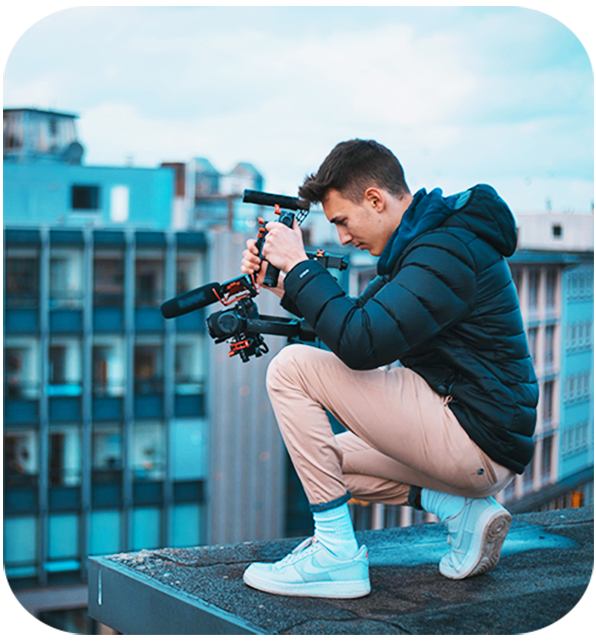 A Video Codec is a software that compresses and decompresses a video. That is useful to make a large video become smaller (in terms of storage).

FPS means Frames per Second a.k.a. Frame Rate. Let’s understand this with an example: 24 FPS means that 24 frames (still photos in sequence) are included in one second of a video. When you expand a video in the timeline of an editing software, you can “break” a second into smaller time units to visualize the number of frames in sequence that are included in that single second.

RGB means Red, Green and Blue. It’s a digital color model that reproduces a wide variety of colors by combining red light, green light and blue light (all digital). You can adjust the RGB of a video and change its color tones.

Letterbox/Pillar Box: the famous “black bars” that appear around a video with a different aspect ratio than the screen where it is being displayed.

A Video Trimmer it’s a tool used to select a part of the video before importing it into the timeline.

In video editing, a Proxy is a duplicate “reduced” version (in low resolution) of an original high-resolution file, designed to speed up the editing process. Be careful not to confuse this term with Proxy Servers, which are related to the functioning of the Internet and to Computer Networks. 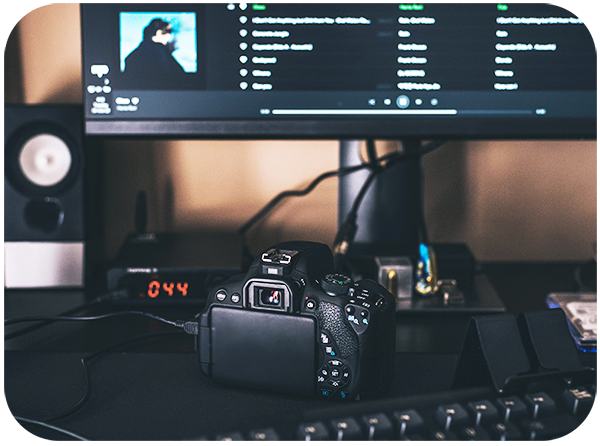 Great! Now you know more than 40 terms of video editing and video production! You can be sure that your workflow will be much better, so the next time you’re recording or editing a video, try to identify the terms you’ve learned here!