Do you want to edit videos faster without losing editing quality? Then keep reading!

There are many practical tips for better editing and for creating videos faster. The secret is in your workflow (the process you follow from beginning to ending in a video project). In this post you will discover how to improve the speed of your work and have a workflow that allows you to finish editing videos faster by keeping their quality. It all starts before you even open your video editing software!

Organize the files of your video project in folders

The first thing you can do is put all the files of your project in a separate folder, such as a folder just for the raw video files, a folder for sound effects, a folder only for the lower thirds and so on. If you start editing without knowing “what is what”, you can get confused when you need to choose what will be placed on the editing software timeline to be edited.

Not organizing your files is also bad in case someone else is going to finish or continue a project you started or if you will continue editing someone else’s project. Files that are “loose” and randomly placed in the same folder will complicate the understanding of the project by someone else. 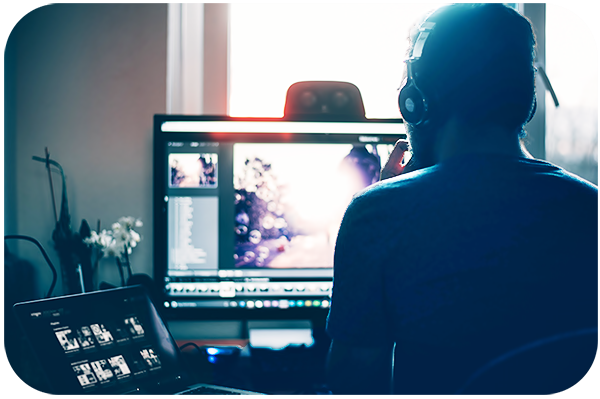 You can separate your files in two categories: the ones you will be using /maybe will use in your video project, and the ones you will not be using at all in your final video. Do not delete the files you won’t use, just rename and separate them into two folders, you can name the folders something like “Useful” and “Not Useful”. For this, you will have to watch all media from before you start editing, but this process will help a lot in organizing your project throughout the editing process. You will save a lot of time since you will not get lost in the middle of your editing with the files well categorized.

Rename the files of your video project

It’s very important to rename your project files, especially the video files and don’t let them with the original names generated by the camera or by your computer, especially if they have the similar names, like “FILE_001.MP4“, “FILE_002.MP4” and so on.

Remember to don’t put random names in your file, such as “video” or “music track” or “song” because if you need to look for a certain file at some point of your project, chances are you won’t remember its content by reading the random name after you’ve spent some time editing. 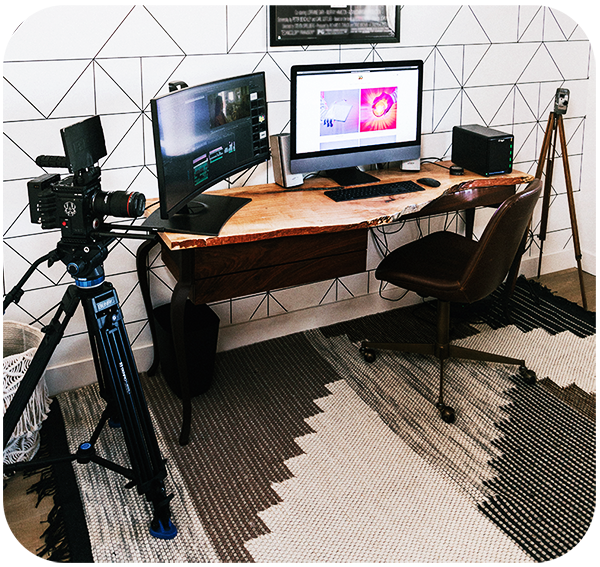 Even the File Explorer of the editing software doesn’t help to locate a specific file very well because you will only have the video thumbnail generated randomly by the software. For example, if you have a video in mind that you want to find and all you remember is a scene from a car on a road, if the software generates a thumbnail of the exact moment when the car doesn’t appear, only the road, you will get lost. Even worse, the software can generate a black screen thumbnail of the first 2 seconds of the video, that happens if the video file starts or ends with a Fade In or Fade Out effect. To avoid having to watch all the video files again outside of the editing software just to locate one single file, rename the video files with something that explains what the video contains in general, such as “Car_on_Road.MP4” (according to our example).

Creating a Template Project can save you a lot of time. When you have finished editing a video, delete all media that won’t be used in other videos from the timeline and save the project in that state (only with the media that will be used again), and name it as “Template Project” or something like that. Then, the next time you’re editing, import the new media into the Template Project and keep editing from there. You will already have a part of the work done.

If your computer has standard hardware pieces, like 4GB of RAM or a processor with less than 2 GHz instead of a more advanced hardware (8GB of RAM, 16GB of RAM or a processor above 3 GHz) there are few things you can do improve your its performance: close all programs that are unrelated to the video project, close the Internet browser and only open it again when necessary because browsers consume a lot of your computer’s processor and memory, making it slower for video editing. You can even disconnect your computer from the Internet if you don’t need it while editing. However, those tips are useful for computers with advanced hardware too. 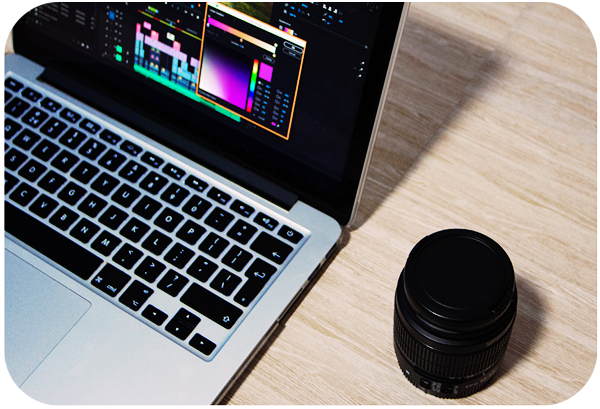 Use your editing software to speed up your workflow

No matter what video editing software you use, you should never import files that won’t be part of the final video into the dashboard/timeline because unnecessary files in the middle of useful media can confuse you during the editing process.

You can also create a folder for the video/audio files that need to be corrected before you start editing, such as adjusting brightness or contrast of a video or applying audio improvements to a certain audio track. Don’t forget to create a separate project to do that. Then you can render the corrected versions and import them into the main project along with the other files that are ready to be edited.

Another tip is to put the videos on the timeline of the editing software, watch video by video and cut unnecessary parts while you’re watching, all before even starting the main editing. That saves some time, not to mention that it’s better to do that first than after you start editing the more creative parts of your project.

You can also rename the audio tracks and video in your editing software, place all video tracks one above the other (as in a vertical grouping) to improve the visualization of your project. Add tags to your timeline if your editing software has this feature, such as “End of the intro“, or “This video track needs color correction“.

You can generate a Proxy of your raw video files, which is a low resolution version (640×360 px or 480×270 px) of the videos. To do that, use a software such as Handbrake. Then you edit using the low-resolution Proxy media, and replace the Proxy file with the original file in high resolution only when the video is ready to be rendered. That increases performance in editing a lot!

Store your finished video properly and restart your computer

When you have finished the whole project, put all the finished videos in a single folder or in the project folder. This makes it much easier to find all your finished videos later to build a portfolio or something like that. Also, as soon as you finish rendering a video, restart your computer to reset its Cache Memory, which will improve the performance of your Internet browser and other programs after the editing is complete. 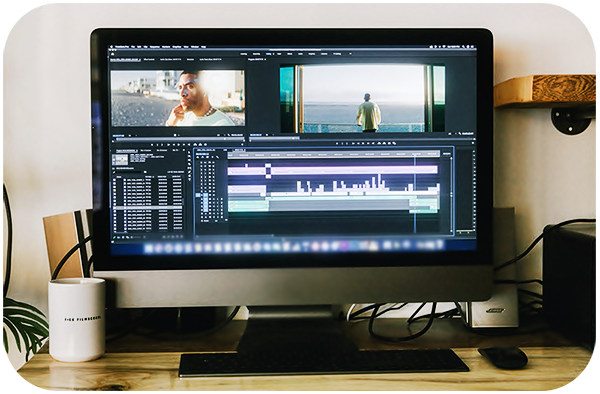 Great! Now you know how to increase the editing speed of your projects and get much better workflows during the entire editing process: before you start editing, during the editing workflow and after you’re done. So don’t hesitate to put what you’ve learned into practice in your next project!